'This is something that we really need. It’s good news, positive news'

Amidst a news cycle often fueled by bad news and negativity, a San Diego, California, teen is living proof that people are still doing good deeds.

The purse belonged to a woman named Eliana Martin, who left her purse in a shopping cart. Rather than take the purse back into the store, Rodriguez opened the purse, checked the ID, and drove it to her home address.

Martin, who had moved into her own home and had not yet updated the address on her ID, was not there. Neither was her previous roommate Melina Marquez. However, Marquez’s aunt was home, so Rodriguez left the purse with her.

“It was nice of him that. He drove all the way to my house to drop it off,” Marquez told a local NBC affiliate. “This is something that we really need. It’s good news, positive news.”

Martin told a reporter that the young man showing up at the door to return the lost purse was a surprise for her.

“If someone found my stuff, I’d want them to bring it back to me,” Rodriguez said.

Soon after he’d returned the purse, the home’s Ring doorbell camera was used to track down the quiet 17-year-old.

“We need to find him and just give him a little piece of gratitude,” Marquez said.

She and Martin took an image of the footage and posted it on social media. They also started a GoFundMe campaign for people to donate to reward Rodriguez’s honesty.

“We think he deserved a great compensation and since a lot of people wanted to help for his good actions here we are…please share so we can let his story be told,” the text of the campaign stated. “He was raised by amazing parents and this needs to be told.”

“Gives me hope for our next generation and also never judge a book by its cover,” the statement added.

“My mom always told me since I was little to always do the right thing when nobody’s around,” Rodriguez said. “I didn’t expect nothing back, honestly.”

Marquez said, “Every parent right now hopes that their children grow up to be just like this young gentleman.”

Rodriguez isn’t sure what he will do with the money, but mentioned buying gas for his car. 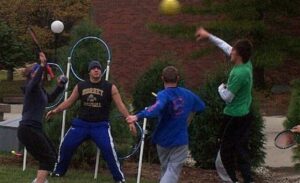