Three major quidditch organizations are changing the name of the sport to distance it from Harry Potter author J.K. Rowling.

The sport will now be referred to as “quadball” by the International Quidditch Association, US Quidditch, and Major League Quidditch.

Quidditch began as a fictional sport created by Rowling, which wizards and witches played on flying broomsticks at Hogwarts.

After the massive popularity of the books, people began to play a version of the game on foot — which involves players holding a broom between their legs.

According to a press release from Major League Quadball, “the sport was originally adapted from the Harry Potter book series in 2005 at Middlebury College in Vermont by Xander Manshel and Alex Benepe. It has since exploded in popularity across the country and around the world. The game is now played by nearly 600 teams in 40 countries.”

U.S. Quidditch and Major League Quidditch had announced that they planned to change the name last year.

According to name change announcement, “the governing bodies made the decision to pursue the name change for two reasons. First, J.K. Rowling, the author of the Harry Potter book series, has increasingly come under scrutiny for her anti-trans positions. LGBTQ+ advocacy groups like GLAAD and the Human Rights Campaign as well as the three lead actors in the Harry Potter film series have criticized her stances.”

Rowling has been the subject of much controversy for being outspoken in her belief that sex is determined by biology. Harry Potter stars Daniel Radcliffe, Emma Watson, Rupert Grint, and Eddie Redmayne have all either denounced Rowling’s comments or expressed support for trans activism.

Ralph Fiennes, who played Voldemort, and Robbie Coltrane, who played Hagrid, have both defended Rowling and her right to have an opinion on the issue.

The second reason the organization’s cited was that the term “quidditch” is trademarked by Warner Bros., so the sport has not been able to obtain many sponsorship or broadcast deals.

“In addition, the sport inspired by quidditch is looking to continue to grow like other sports that have sprung from humble origins,” the press release continued. “The game commonly known as ultimate Frisbee has officially changed its name to ultimate, in part because ‘Frisbee’ is a registered trademark of the Wham-O toy company that invented the piece of equipment.”

To choose a new name, the organizations surveyed both players and fans. Quadball was chosen because it is the number of balls used in the game, as well as the number of positions on a team.

“Bringing full creative control of the name of our sport to the vibrant community of players and fans that has grown and sustained it will allow our organizations to take the next step,” said MLQ Co-Commissioner Amanda Dallas. “We are now able to pursue the kinds of opportunities that our community has dreamed about for years.”

According to the announcement, there are now thousands of players on quidditch teams around the world.

“In less than 20 years, our sport has grown from a few dozen college students in rural Vermont to a global phenomenon with thousands of players, semi-pro leagues and international championships,” Mary Kimball, executive director of U.S. Quadball, said in a statement. “Our organizations are committed to continuing to push quadball forward.”

MLQ will adopt the new name upon completion of the 2022 MLQ Championship in Howard County, Maryland, next month. USQ is adopting the new name effective immediately. It is not clear when the IQA name change will go into effect. The IQA European Games 2022 will be taking place in Limerick, Ireland from July 23-24.

“The IQA is very excited to be joining USQ and MLQ in changing the name of our sport and supporting this change across our members worldwide,” said Chris Lau, Chair of the IQA Board of Trustees and Co-Founder of the Hong Kong Quidditch Association. “We are confident in this step and we look forward to all the new opportunities quadball will bring. This is an important moment in our sport’s history.” 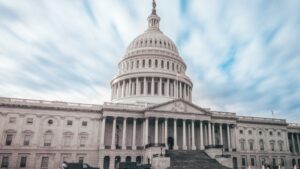