47 Republicans Voted in Favor of the Bill

The United States House of Representatives passed the Respect For Marriage Act, which, if passed in the Senate, will codify same-sex marriage federally.

The bill will repeal the Defense of Marriage Act and enshrine same-sex marriage across the nation.

A total of 267 representatives voted in favor of the bill, while 157 opposed.

Forty-seven Republicans voted to pass it.

We just passed the Respect for Marriage Act out of the House. I’m a big fan of marriage, having done it a few times. And If gay couples want to be as happily or miserably married as straight couples, more power to them. Trust me on this. ❤️🇺🇸

During the floor debate, Democrats passionately argued in favor of federally codifying marriage equality, while Republicans — who carefully avoided outright rejecting it — simply portrayed the bill as unnecessary given the myriad other issues the country is facing, according to Newsmax.

Republican Rep. Matt Gaetz announced on Twitter that he voted “NO” on the legislation, calling it a bill written in a “fit of hysteria” that seeks to codify the landmark Supreme Court decision in Obergefell v. Hodges — a ruling in favor of same-sex marriage, stripping states of their ability to legislate it.

Today I voted NO on H.R. 8404 – the erroneously named “Respect for Marriage” Act. In a fit of hysteria triggered by one sentence in a concurring opinion by Justice Thomas, Democrats have moved to introduce a bill codifying Obergefell v. Hodges. (1/2)

Gaetz was referencing Supreme Court Justice Clarence Thomas’s concurring opinion in the recent case of Dobbs v. Jackson Women’s Health Organization, in which Justice Thomas reviled the idea of substantive due process — which undergirded the Obergefell decision — calling it a “legal fiction.”

Along with two other substantive due process cases, Justice Thomas argued that Obergefell should be reconsidered in the future. His opinion was widely interpreted to mean the question of whether to overturn same-sex marriage was now on the table.

Today the House passed the Respect for Marriage Act to enshrine the right to same-sex marriage in federal law.

The Senate must step up and do the same. pic.twitter.com/eByt2axdXj

House Speaker Nancy Pelosi (D-Ca) said the legislation would “enshrine into law a fundamental freedom: the right to marry whomever you choose.”

She added, “As radical justices and right-wing politicians continue their assault on our basic rights, Democrats believe that the government has no place between you and the person you love.”

The bill now heads to the Senate, which is split 50-50 between Republicans and Democrats, where it will need at least 10 Republican votes to pass. 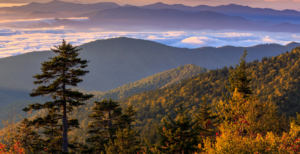