A bipartisan group of legislators are proposing a bill that would effectively codify gay marriage at the federal level.

The Respect for Marriage Act is being advanced in the wake of a historic United States Supreme Court ruling in Dobbs v. Jackson Women’s Health Organization, which overturned Roe v. Wade and returned the issue of abortion back to the states.

In 1973, the Roe decision was anchored to the idea of substantive due process, which is the principle that the Fifth and Fourteenth Amendments to the Constitution protect fundamental rights from government interference.

The Court established a right of personal privacy that was protected by the U.S. Constitution’s Fifth Amendment due process clause, saying that a woman determining whether or not to have an abortion falls within the scope of that amendment’s protections.

“The central decisions in Roe were (1) that the due process clause is a repository of substantive rights not specifically enumerated in the Constitution but deemed worthy of protection by a majority of the Court, and (2) that the freedom to terminate a pregnancy during the first three months is one of those rights,” according to the University of California Hastings Law Journal.

A decade prior to Roe, the Court was poised to eliminate the doctrine entirely, writing:

We refuse to sit as a “super-legislature to weigh the wisdom of legislation,” and we emphatically refuse to go back to the time when courts used the Due Process Clause “to strike down state laws, regulatory of business and industrial conditions, because they may be unwise, improvident, or out of harmony with a peculiar school of thought.”

Justice Clarence Thomas, in the Dobbs case, wrote a concurring opinion calling the idea of substantive due process a “legal fiction,” arguing that it “exalts judges at the expense of the People from whom they derive their authority.”

He also said the Court has “struggled to define what substantive rights [substantive due process] protects” and that the Court’s approach to try and identify fundamental rights constitutes policymaking, not legal analysis.

Justice Thomas wrote that the Court should “reconsider all of this Court’s substantive due process precedents, including Griswold, Lawrence, and Obergefell.”

Lawrence v. Texas and Obergefell v. Hodges were cases the Court heard specifically dealing with the issue of same-sex marriage.

Many interpreted Justice Thomas’s opinion to suggest the Supreme Court could some day revisit and overturn those cases as well.

“Three weeks ago, a conservative majority on the Supreme Court not only repealed Roe v Wade and walked back 50 years of precedent, it signaled that other rights, like the right to same-sex marriage, are next on the chopping block,” said Chairman Jerrold Nadler in a joint statement. “As this Court may take aim at other fundamental rights, we cannot sit idly by as the hard-earned gains of the Equality movement are systematically eroded.”

He added: “If Justice Thomas’s concurrence teaches anything it’s that we cannot let your guard down or the rights and freedoms that we have come to cherish will vanish into a cloud of radical ideology and dubious legal reasoning.”

The bill would prohibit any state from not recognizing an out-of-state marriage based on the sex, race, ethnicity, or national origin of the individuals in the marriage. It would require that all states accept same-sex marriages as valid, as long as the marriage was valid in the state where it was performed.

“Maine voters legalized same-sex marriages in our state nearly a decade ago, and since Obergefell, all Americans have had the right to marry the person whom they love,” said Senator Susan Collins (R-ME). This bill is another step to promote equality, prevent discrimination, and protect the rights of all Americans.”

Lawmakers say that this legislation will protect same-sex marriages and ensure they stay recognized even if the Supreme Court overturns past marriage equality decisions. 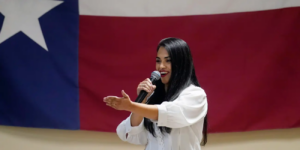