The former student also added a reference to the Boston Marathon bombers.

A former Connecticut student has been arrested after “hacking” into his high school’s yearbook database and adding an Adolf Hitler quote — which he attributed to George Floyd.

Hollister Tryon, 18, was arrested on Friday and charged with two counts of third-degree computer crimes after his alleged alterations to the 2021 Glastonbury High School yearbook.

The prankster also added references to drugs and Boston marathon bomber Dzhokhar Tsarnaev, according to reports.

The Hartford Courant reports that Tryon “is accused of illegally accessing a Google document that students used to submit their yearbook quotes,” according to the police warrant.

Under one student’s photo, Tryon wrote “It is a quite special secret pleasure how the people around us fail to realize what is really happening to them” — which he falsely attributed to Floyd, whose death in police custody sparked riots across the nation. The statement was actually made by the Nazi leader.

“Several students told school officials that Tryon was the yearbook hacker, but he denied it when administrators confronted him, police said. On May 26, however, administrators informed police that Tryon had admitted altering the document using another student’s email account,” according to the Courant, who reviewed the warrant.

“Tryon said he was on a chat site last fall when he received a school email alerting him it was the last day to submit senior quotes for the yearbook, the warrant said. He shared the screen showing the email with others in the group chat, who gave him the idea to submit quotes under other people’s names,” the report continued.

Tryon claims that two students who had their quotes altered were chosen at random. However, the mother of one of the students who had a false quote placed under his photo is happy that the hacker was arrested.

“I’m glad that the school and police took this matter seriously,” Mary LaChance, who is a member of the Town Council as well as the mother of one of the students told the Journal Inquirer.

“This was not just a high school prank,” LaChance continued. “This was an act of bullying that affected all students at the high school. I am impressed with how quickly they found the responsible person and brought charges.”

“We deeply regret not having caught the act of bigotry and vandalism before the yearbook was printed,” school administrators said in a statement while recalling the yearbooks. “We are examining and will revise our yearbook procedures for collecting and reviewing future student submissions.”

Tryon was barred from the graduation ceremony over the incident, but was allowed to pick up his diploma. The school claims that recalling and printing new copies of the yearbook has cost them $2,137.10.

The New York Post reports that Tryon was ordered held on $5,000 bond, but was released after posting $500 in cash. He is scheduled to appear in Manchester Superior Court on August 6.

Each of the computer crime counts is a felony punishable by up to five years in prison. 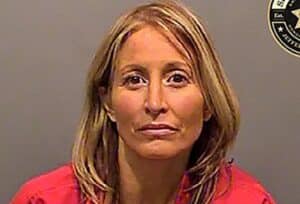