The activist allegedly solicited a farmhand and a trained military sniper to kill her estranged husband’s girlfriend.

According to court documents, she solicited a farmhand and a trained military sniper to kill her estranged husband’s girlfriend in November of 2020.

Emmi’s violent and threating behavior was documented and extended to her children in addition to her spouse.

“In January 2020, Emmi ‘pulled a knife; on her estranged husband, Donald ‘Donnie’ Emmi, and ‘put it to his neck’ while he was holding one of their children, according to Donnie Emmi’s allegations disclosed in Jefferson County law enforcement documents” obtained by Fox News.

Donnie Emmi had reportedly been dating the au pair that the coupled hired to care for their three children. Colorado authorities found evidence that Jennifer offered the ranch hand $100,000 to “take care” of his new girlfriend and saying she would not be missed if she were killed.

After a six month investigation, she was arrested in late January 2021 and was held on a $3 million cash bond.

Known locally for her regular TV show appearances, Emmi insisted she had been set up and that she never wanted to hurt anyone. She told a local news outlet that her marriage fell apart after she was hospitalized for a brain bleed and diagnosed with multiple sclerosis as well as other health issues.

“I was struggling with the autoimmune and I said and did things that I can’t believe came out of my mouth, because of the steroids,” Emmi told KVDR in February.

In addition to seeking a hitman, Emmi had allegedly strangled her own child and previously threatened to drive her car into a tractor-trailer while her children in it

Colin Bresee, Emmi’s attorney, told a Judge that Emmi was frustrated about her impending divorce. He said her comments were blown out of proportion. Sentencing is scheduled for August 16 at 1 P.M. 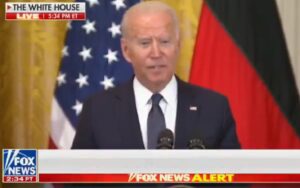