Team USA World Masters track athlete Cynthia Monteleone was reportedly advised to keep her “mouth shut” for her “own safety” after she voiced concerns about a fair playing field when competing against transgender athletes.

“Words can’t describe how I felt walking up to that starting line in Spain next to a biological male-bodied athlete,” Monteleone told Sen. Marsha Blackburn (R-TN) in an interview obtained by Fox News.

“The track athlete faced her first encounter in competing against a biologically born male during the 2018 World Masters Athletics Championships in Málaga, Spain, when she ran against Yanelle Del Mar Zape, a transgender athlete from Colombia in a 400-meter race,” Fox News explained.

Monteleone asked officials on the field why a “male-bodied athlete” was competing against her in the meet.

“The European officials were actually very sympathetic, and they stopped the meet,” Monteleone said.

According to Fox News, she “said the officials conferred with one another but then advised her that she needed to address her concerns with Team USA after the meet.”

The increased testosterone levels biological males are exposed to lead to likely permanent performance-enhancing effects, like a permanent increase in myonuclei through testosterone-stimulated accrual from satellite cells.

A 2013 study demonstrated the benefits of increased myonuclei after exposure to increased levels of testosterone.

In the study, female mice were treated with testosterone for 14 days, causing a 66% increase in the number of myonuclei and a 77% increase in muscle fiber cross-sectional area. After discontinuing treatment, muscle fiber size decreased but the number of myonuclei remained elevated when the mice were tested three months later (more than 10% of the mouse lifespan). At this time, when the female mice were subjected to six days of exercise, the muscle size of the testosterone-treated mice grew by 31% while the control mice did not have significant muscle growth.

Despite Zape’s biological advantages, Monteleone was able to beat the transgender athlete by a few tenths of a second. However, immediately after the race she approached Team USA Track and Field to voice her concerns.

“They told me: ‘For your own safety you should probably keep your mouth shut,’” she said.

Monteleone went on to discuss the “psychological trauma” that female competitors potentially suffer when being forced to compete against biological males who identify as females.

“I don’t believe in keeping quiet about something that is so grossly unfair,” Monteleone said.

As explained by Fox News, Monteleone “has another reason to be angry with the physical advantages biological males have over [female] athletes — her daughter shares her dream of competing on the track.”

Monteleone explained that in her daughter’s first ever high school track meet, she was forced to compete against a transgender athlete.

“She had to line up for her very first race, after training all year, along a biological male,” Monteleone said, describing how the transgender athlete had trained for just two weeks but “blew everybody away in the first 100 meters.”

“So she came in second,” Monteleone said. “And you know what’s at stake are things that are important: prize money, scholarships, awards.”

“She deserved to win. She put in the work. But she had no chance because of the biological advantage of this male-bodied athlete,” Monteleone added. 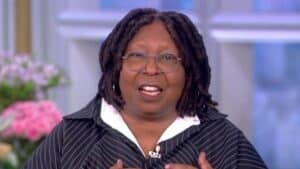