The 49-year-old from New Mexico checked himself into the hospital on Jan. 27

A Democrat senator from New Mexico has been hospitalized following a stroke.

Senator Ben Ray Luján was hospitalized last week, his office revealed on Feb. 1. He underwent surgery and is expected to make a full recovery.

The 49-year-old checked himself into Christus St. Vincent Regional Hospital in Santa Fe after experiencing fatigue and dizziness on Jan. 27. He was later transferred to UNM Hospital in Albuquerque.

Carlos Sanchez, Luján’s chief of staff, said in a statement that the senator had “suffered a stroke in the cerebellum, affecting his balance.”

“As part of his treatment plan, he subsequently underwent decompressive surgery to ease swelling,” Sanchez added.

Sanchez did not say when Luján will return to Washington.

Luján’s hospitalization coincides with President Joe Biden’s impending nomination of a replacement of Justice Stephen Breyer, who announced plans to retire this summer.

Biden has said he will name his nominee by the end of March, While campaigning, he vowed to nominate the first African-American woman to the court.

Based on the chamber’s current party balance, Democrats need all of its members to vote as a unit to confirm Biden’s nomination.

The Democrats will not have the 50 members needed without Luján. While the House of Representatives allows proxy voting, the Senate does not. The party could therefore be dependent on Republican support.

“We all learned about this in the last couple hours,” said Democrat Senator Chris Murphy of Connecticut when asked by the press about Luján’s announcement. “I think it’s natural for us to spend a lot of time thinking about him rather than the rest of us.”

Senator Chris Coons of Delaware said in a statement, “It’s just a reminder that in a 50-50 Senate any unexpected development could be a challenge to our moving forward on an agenda that the Democratic caucus shares.”

Senate Majority Leader Chuck Schumer of New York released a statement saying his “thoughts are with Senator Ben Ray Luján and his family.”

“I’m so glad to hear that he will make a full recovery,” Schumer added. “We look forward to his quick return to the Senate.”

The Congressional Research Service found that for modern Supreme Court nominees, there are an average of 41 days between nomination and the initial hearing.

Luján is serving his first term in the Senate after being elected in 2020. He previously served in the House of Representatives for 12 years. 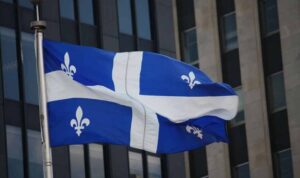