United States Supreme Court Justice Stephen G. Breyer will retire from the bench after almost 28 years, according to new reports.

His vacant seat opens a pathway for President Joe Biden’s first nomination to the court.

At 83, Breyer is the court’s oldest member and is considered the most senior member of the liberal justices currently serving. He is in good health and has been actively involved in cases.

“While Breyer has disavowed political considerations, many will see them in his decision to leave,” reported ABC News. “Stepping down early in the Biden presidency and while Democrats retain a razor-thin majority in the U.S. Senate will help ensure his seat is filled with someone who shares his judicial philosophy.”

Progressive activists have publicly called for his retirement given the court’s current 6-3 conservative majority and Democrats’ slim majority in the Senate. Critics have equated his tenure to that of late Justice Ruth Bader Ginsburg, who some believe should have retired under President Barack Obama.

The justice challenged these comments in March of 2021 during a speech at Harvard Law School.

“Structural alteration motivated by the perception of political influence” could damage trust in the court, Breyer said.

He advised court-packing advocates to “think long and hard before embodying those changes in law.”

Breyer was nominated by President Bill Clinton in 1994. His retirement is expected to come at the end of the court’s current session in June. His office has not released an official statement on the subject of retirement.

“It’s a highly personal decision,” Breyer said of his possible retirement during a 2015 interview.

He later told The New York Times he had not determined when he would retire.

“Breyer wrote two major opinions in support of abortion rights on a court closely divided over the issue, and he laid out his growing discomfort with the death penalty in a series of dissenting opinions in recent years,” says The New York Post. “He is also known for elaborate, at times far-fetched, hypothetical questions to lawyers during oral arguments.”

White House Press Secretary Jenn Psaki said the Biden Administration had no “additional detail of information to share” regarding reports of Breyer’s retirement. CNN reports the justice informed Biden of his decision last week and that a formal announcement will be made tomorrow.

It has always been the decision of any Supreme Court Justice if and when they decide to retire, and how they want to announce it, and that remains the case today. We have no additional details or information to share from @WhiteHouse

Speculation about Biden’s possible nominees has already begun. Biden promised during his 2020 campaign to nominate the first African American woman to the court. Contenders could include U.S. Circuit Judge Ketanji Brown Jackson of the Court of Appeals for the District of Columbia, who was once a law clerk for Breyer, and Leondra Kruger, a justice on California’s Supreme Court.

“I thank Justice Breyer for his decades serving the Court and the nation. He has been a trusted voice on the bench with a first-rate legal mind,” said Durbin in a statement.“With this Supreme Court vacancy, President Biden has the opportunity to nominate someone who will bring diversity, experience, and an evenhanded approach to the administration of justice. I look forward to moving the President’s nominee expeditiously through the Committee.” 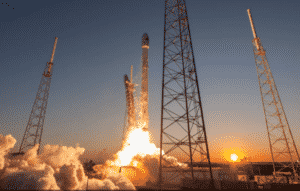