The collision is expected to occur on March 4

A SpaceX rocket is on a collision course with the moon.

The rocket was launched from the Cape Canaveral Air Force Station in Florida in February 2015 to send a space weather satellite into space.

The DSCOVR reached its target in a stable orbit several thousands of miles from the Earth.

During the trip, the Falcon 9 ran out of fuel during its second stage and could not return to Earth’s atmosphere as planned. Instead, it began drifting and has been dubbed “space junk.”

Astronomers tracking its course predict the rocket will hit the far side of the moon near its equator on March 4.

While they do not expect that collision to be visible on Earth, “the new crater may allow scientists to learn something about the geology of that part of the moon,” per BBC.

The unintended lunar collision is considered to be the first of its kind.

Bill Gray, the creator of astronomy software Project Pluto, estimated the rocket is traveling at 5.770 miles per hour.

“This is the first unintentional case of which I am aware,” Gray wrote in a blog post. “I keep track of a dozen or so objects in ‘high,’ near-moon orbits, mostly so that the folks looking for asteroids will know where they are (and can ignore them; they’re looking for rocks, not junk.) In theory, given enough time, such objects will either hit the earth, or the moon, or gain energy by passing the moon and be ejected into orbit around the sun. “

An astronomer at the Center for Astrophysics, Harvard & Smithsonian, Jonathan McDowell, tweeted the collision would be “just another hole in the green cheese.”

“For those asking: yes, an old Falcon 9 second stage left in high orbit in 2015 is going to hit the moon on March 4,” McDowell said in a tweet. “It’s interesting, but not a big deal.”

SpaceX is a private space program founded by tech entrepreneur Elon Musk in 2002. The company’s original mission was to create rockets that would autonomously return to Earth to be refurbished and re-used. 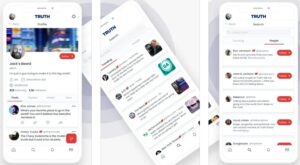