The island nation said it is monitoring the situation

The Feb. 24 announcement comes on the same day Russia launched its invasion of Ukraine.

The aircrafts included eight J-16 fighters and a Yun-8 technical reconnaissance aircraft. The ministry also confirmed that “Taiwanese fighters were sent up to warn the Chinese aircraft and air defense missiles were deployed to ‘monitor the activities.’”

Acknowledging the report, a spokesman for the United States Defense Department said the agency was “concerned” about “provocative military action near Taiwan.”

“The United States will continue to support a peaceful resolution of cross-strait issues, consistent with the wishes and best interests of the people on Taiwan,” the spokesman said.  “Our commitment to Taiwan is rock-solid and contributes to the maintenance of peace and stability across the Taiwan Strait and within the region.”

This is the second time in a month that China has flown aircraft over Taiwan. On Jan. 23, the communist country flew 39 aircraft through the defense space. Taipei has voiced its displeasure at the occurrence on multiple occasions over the last two years. Despite being in Taiwan’s airspace, the Chinese planes never cross directly over the island.

Tan Kefei, a spokesman for the Chinese Defense Ministry, called Taiwan a “core issue” for his country and reiterated that foreign intervention would not be tolerated.

In early February, President Joe Biden committed to increasing diplomatic and security resources to Asia as part of the Indo-Pacific strategy.

The Biden administration said it would “bolster Indo-Pacific security, drawing on all instruments of power to deter aggression and to counter coercion” by “maintaining peace and stability across the Taiwan Strait,” “expanding U.S. Coast Guard presence and cooperation against other transnational threats,” and “advancing integrated deterrence.”

As part of the strategy, the federal government vowed to bolster “Taiwan’s self-defense capabilities” with the ultimate objective of ensuring “an environment in which Taiwan’s future is determined peacefully in accordance with the wishes and best interests of Taiwan’s people.”

While Taiwan regards itself as an independent nation, China claims the area as its territory and opposes any nations that seek diplomatic relationships with Taipei. 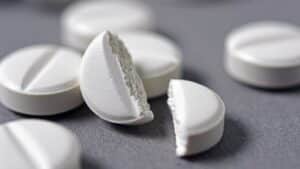 Over 50% of US Abortions Are Completed by Pills