The Swiss government will not allow official documents to include a gender option other than male and female.

The nation’s Federal Council turned down two proposals to include no-gender or third-gender options. Lawmakers in favor of the revision had asked that a third option be authorized on official documents or that gender markers be eliminated altogether.

“The binary gender model is still strongly anchored in Swiss society,” the council said, per AP News. “The social preconditions for the introduction of a third gender or for a general waiver of the gender entry in the civil registry currently are not there.”

The government also expressed concern that the requirement would require further revisions at both the federal and state levels. Switzerland has 26 cantons which each have separate regional governments.

Switzerland approved an expedited process for people who identify as transgender to change their gender markers and names on Oct. 27, 2021. The system went into effect on Jan. 1, 2022. However, it did not provide an option to select a third gender or no gender. It also did not allow people to alter their family law relationships, including marriage, registered partnerships or parentage.

“Swiss law currently recognizes only binary gender (male and female). The gender of the child is one of the mandatory entries in the civil registry when a child is born,” noted the nation’s Library of Congress at the time.

Germany, which had allowed people to not fill in gender markers, officially permitted people to list their gender as “diverse” in 2018. The move complied with a 2017 court ruling brought by an intersex person.

Austria was also compelled by a federal court in 2018 to permit alternatives to “male” and “female” in response to the gender on government forms.

An intersex person in the Netherlands also sued to be able to use a third-gender option on government forms. A Dutch court ruled in 2018 that denying Leonne Zeegers’s request would be a “violation of private life, self-determination and personal autonomy.” 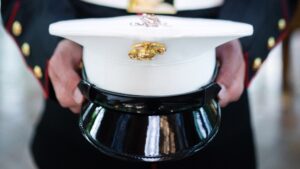