The U.S. Marine Corps is pushing back after a report has advised drill instructors should stop being referred using gendered language like “ma’am” or “sir”.

The report was commissioned by the Marines in 2020 after a congressional directive to make boot camp coed. The report, completed in 2022 by the University of Pittsburgh, stretches more than 700 pages in length and details “sexually demeaning and gender-based language,” according to the Marine Corps Times.

Academic researchers say that female training staff were sometimes treated as less important or authoritative then male counterparts, and that replacing gendered terms with gender-neutral words would help.

Proposed changes to de-emphasize gender are not being well-received.

“All of a sudden, we change something at recruit training, and recruits start coming in and using a different identifier. It’s not something we would change overnight,” Col. Howard Hall, chief of staff for Marine Corps Training and Education Command, told the Times. “Again, we’ve got a history of ‘sir, ma’am, sir, ma’am.’ If we change something at the root level, how do we make the corresponding change at the Fleet Marine Force? So it’s not ours to implement alone.”

The University of Pittsburgh’s Neuromuscular Research Laboratory and Warrior Human Performance Research Center was awarded a $2 million contract to “analyze combinations of gender-integrated training and make recommendations for models that integrate genders to the greatest extent possible while continuing to train Marines to established standards,” the Times reported.

Authors of the report state that half of the armed forces have eliminated gendered terminology for training staff.

“The Army, Navy, and Coast Guard effectively de-emphasize gender in an integrated environment,” the report states, according to the Times. “Instead of saying ‘ma’am’ or ‘sir,’ recruits in these Services refer to their drill instructors using their ranks or roles followed by their last names. Gendered identifiers prime recruits to think about or visually search for a drill instructor’s gender first, before their rank or role.”

According to the report, the Marine Corps is centered around male recruits, and three of the five “sections of service history taught at boot camp contain no explicit mention of female Marines, and ‘core values’ guided discussions exclusively highlight the stories of male Marines and sailors when giving examples of real-world heroism and leadership,” the Times reported. 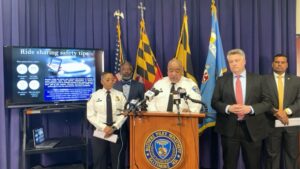