All suspects in the month-long crime spree are teenagers

Baltimore police are investigating dozens of carjackings and robberies involving rideshare services that have occurred over the past month.

Police Commissioner Michael S. Harrison told reporters on Dec. 21 that the criminals often carjack a rideshare driver and then rob unsuspecting riders via the mobile payment platform Cash App. In some cases, the criminals will drive riders to an ATM and force them to withdraw money.

“These incidents include both drivers and customers with multiple incidents where victims were forced into the vehicles essentially being kidnapped and then driven around to various areas,” Harrison said.

Six people have been arrested for a total of 12 cases. All of the suspects are between the ages of 15 to 18 and all but two have prior arrests, Harrison explained.

“In many cases like this, the suspects are described as juvenile males and females often working in pairs or in groups. All of us here today, as well as representatives from the ride sharing companies, are working around the clock to arrest those responsible and resolve these investigations,” Harrison said. “ I will also add that when we make these arrests, we must ensure that these individuals stay in jail and are no longer a threat to the public.”

The Baltimore Police Department is investigating these incidents with the FBI and U.S. Attorney’s Office. In response to the carjackings, law enforcement authorities have updated their carjacking protocols to share information about these crimes in real time. Police will now be able to upload information to a license plate reader system, which patrol officers can access to look out for vehicles used in these types of incidents.

Baltimore has seen at least a 50 percent increase in carjackings, with more than 200 cases reported by early summer of this year.

The uptick in carjackings prompted local police to partner with federal law enforcement to investigate and disrupt the operations, the Baltimore Sun reported.

Harrison says that people using rideshare apps should always confirm the license plate, car make, and driver’s photo, while also making sure no other riders are in the vehicle when you’re being picked up.

He also encouraged rideshare drivers to use caution when picking up fairs of three or more people and to dial 911 if something does not seem right. 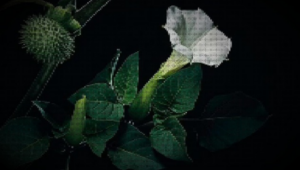 Contaminants In Recalled Spinach Responsible For Mass Hallucinations In Australia