Contaminants In Recalled Spinach Responsible For Mass Hallucinations In Australia

Over 200 people reported poisonings and many individuals suffered hallucinations following their consumption of packaged baby spinach which is now suspected of having contained Datura stramonium, a member of the nightshade family.

According to the Food Standards Australia New Zealand, a government authority that coordinates between jurisdictions on matters related to food safety, spinach in Riviera Farms and Coles Spinach products are responsible for the hallucinations. For some, the consumption of the contaminants only produced blurred vision and rapid heartrate, but others, according to Dr. Darren Roberts of the New South Wales Poisons Information Centre, are “seeing things that aren’t there” but are unable to give an account of what exactly they are witnessing either.

The number of those afflicted by the poison ballooned over the past few days, with BBC Australia reporting just nine individuals were sick at the end of last week. That number is now well above 100, with some outlets, such as the Daily Mail, estimating at least 200 cases.

According to Wikipedia, Datura stramonium, also known as jimsonweed and devil’s snare, is an aggressively invasive weed believed to have originated in Central America. Jimsonweed has a long history of use in traditional medicine but can also produce highly unpleasant hallucinations. For this reason, it has been employed by various cultures in uses ranging from sacred religious rites to the “zombification” performed by Vodou practitioners.

But because of the risk involved — it’s poisonous and consumption can produce fatalities — and the plant’s tendency to induce a state of uneasy delirium, recreational abuse wasn’t seen as likely. Now, due to current events, officials in Australia are urging residents not to seek out a “recreational high” by purchasing spinach products or searching for plants in the wild, according to a report from The Guardian.

Some patients have reported ongoing symptoms for over 24 hours after onset. 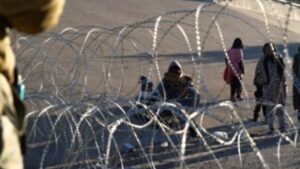