He is being decried as "fat-phobic" by critics online

Jonathan Neman, the chief executive officer of Sweetgreen, has deleted a Linkedin post arguing for “more health mandates” regarding food because obesity was the “root cause” of COVID-19.

Sweetgreen is a billion-dollar salad chain that operates in 12 different states.

“COVID is here to stay [and] we cannot run away from it and no vaccine nor mask will save us,” Neman wrote on Tuesday.

He noted that “78% of hospitalizations due to COVID are Obese and Overweight people,” and asked, “Is there an underlying problem that perhaps we have not given enough attention to? Is there another way to think about how we tackle ‘healthcare’ by addressing the root cause?”

“We have been quick to put in place Mask and Vaccine Mandates but zero conversation on HEALTH MANDATES … All the while we have printed unlimited money to soften the blow the shutdowns have caused to our country,” the CEO went on to write, per FOX Business.

He proposed taxing “processed food and refined sugar to pay for the impact of the pandemic.”

“Repairing our food system could save us $2 Trillion a year in direct costs ($1T in Healthcare, $1T in Environmental Impact). OUR TIME IS NOW,” he concluded.

NBC News reported that “Sweetgreen confidentially filed for an initial public offering in June, making this an inopportune time for controversy surrounding the company. Consumer backlash could hurt both its reputation and sales, turning off investors.”

The post was overwhelmingly met with negative responses online. Before Neman deleted it on Wednesday, he was scrutinized for suggesting policies that he would profit from.

“‘The government should coerce people to buy salad’ is a hell of a convenient belief for a Salad Millionaire,” wrote a writer from The Atlantic.

“Yikes, this is incredibly fat-phobic. Have you considered how our healthcare system systematically underserves people who are considered to be in those groups?” commented one person on the LinkedIn post.

Vice released an editorial saying “while Neman is on to something, it’s impossible to separate his comments from the fact that he profits directly from a particular (and costly) idea of ‘health.’”

The Washington Post also acknowledged that Neman’s comments were rooted in facts: “CDC researchers have found that about 80 percent of nearly 150,000 patients diagnosed with covid in hospitals last year were either overweight or obese and determined those people tended to have more severe symptoms than their skinnier counterparts.”

Neman founded Sweetgreen with two friends in 2007 after they graduated from Georgetown. He was inspired by the food culture in Australia. 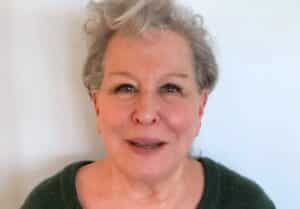