Liberal actress, musician and activist Bette Midler has called for a sex strike over the new Texas abortion law — and she wasn’t the only one.

The law, which goes into effect this month, bans abortions after an ultrasound can detect a fetal heartbeat, which can occur as early as six weeks into pregnancy. There is an exemption only for cases of medical emergencies.

However, instead of the government enforcing the law, it will be enforced by private citizens who can now sue abortion providers or anyone who aids a woman getting an abortion after a fetal heartbeat has been detected. The citizen will not have to have a connection to the person who had the abortion or the provider in order to have standing to sue.

“I suggest that all women refuse to have sex with men until they are guaranteed the right to choose by Congress,” Midler tweeted.

I suggest that all women refuse to have sex with men until they are guaranteed the right to choose by Congress.

Midler was not the only one calling for a strike in the bedroom.

Thought.
If every woman married to a politician who voted for the Texas anti-abortion law withheld sex from them, I bet things would change back quickly.

It’s worked in other countries for similarly shitty laws passed by men.

Imagine if all the women in Texas refused to have sex until this was fixed?

The “Blue Ball Boys” would be rioting all weekend and the ruling would be overturned by noon Monday.

Women of Texas stop having sex with men until the law changes. If men were the ones who could get pregnant you could get an abortion at 7-Eleven. This is just another way for men to control women. https://t.co/A49qKWSoi5

Promoting abstinence to own the cons.

I guess the men in Texas will just have to date women who understand the connection between sex and pregnancy, and therefore engage in sexual activity responsibly.

Maybe they even only sleep with men who are committed to them.

In 2019, actress and activist Alyssa Milano had called for a similar sex strike over Georgia Gov. Brian Kemp signing a “Heartbeat” abortion bill into law.

“Until women have legal control over our own bodies we just cannot risk pregnancy,” the actress added. “JOIN ME by not having sex until we get bodily autonomy back. I’m calling for a #SexStrike. Pass it on.”

Our reproductive rights are being erased.

Until women have legal control over our own bodies we just cannot risk pregnancy.

JOIN ME by not having sex until we get bodily autonomy back. 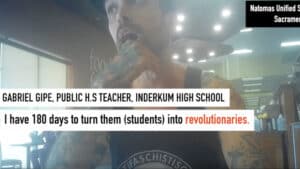