The Swedish Security Service announced damage done to the Nord Stream pipelines was intentional, classifying the event as “gross sabotage.”

Prosecutor Mats Ljungqvist said in a statement on Nov. 18 several “foreign objects” that were determined to have traces of explosive residue were found at the site of the damage. Swedish authorities have not said how the items were placed in the vicinity.

The leaks were detected after Swedish and Danish seismologists reported tremors in the area that were not earthquakes. Methane gas was also observed bubbling to the surface. One pipeline is reported to be missing 50 meters of pipe.

Not only did the incident spark concerns about harm to the environment, the leaks prompted international fingerpointing and blame. International leaders, including European Union chief Ursula Von der Leyen, Polish Prime Minister Mateusz Morawiecki, and NATO Secretary General Jens Stoltenberg, all referred to the damage as an act of sabotage. Ukrainian presidential adviser Mykhailo Podolyak specifically accused Russia of damaging the pipelines after being sanctioned for attacking Ukraine on Feb. 24.

The Nord Stream pipelines are a subsidiary of Gazprom, a gas supply company owned by the Russian government. Neither pipeline was in use as Nord Stream 2 had never been certified for commercial operation and Nord Stream 1 had been closed for maintenance earlier that month.

According to The Guardian, the timing of the announcement prompted speculation that Russian President Vladimir Putin was responding to a joint agreement reached by the “finance ministers from the UK, US, France, Germany, Italy, Japan and Canada …to put a ceiling on Russian oil prices.”

The Kremlin blamed the British Navy in October, saying the pipeline was intentionally blown up. The United Kingdom has denied this, per NBC News.

The Nord Stream pipeline system run from Vyborg, Russia to Lubmin near Greifswald, Germany and has the capacity to transport 55 billion cubic meters of gas annually to European nations.

“The Nord Stream route crosses the Exclusive Economic Zones of Russia, Finland, Sweden, Denmark and Germany, as well as the territorial waters of Russia, Denmark, and German,” notes the company.

Russia has said it will wait for a full assessment before deciding if it will repair the damage done by the explosions, per Reuters.

Swedish authorities have said an investigation into the explosions is ongoing. 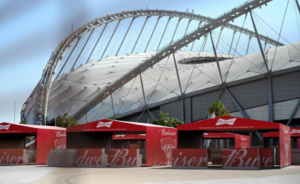