Sweden Pauses Moderna Vaccine for Anyone Under The Age of 30

Sweden is halting the use of Moderna’s COVID-19 vaccine for anyone born in 1991 or later following the reports of rare side effects.

This pattern was also observed by the Candian government in June. The nation reported that these cases were most commonly reported by adolescents and young adults after the second dose — typically within several days after vaccination. Data also found that side effects were experienced more often by males than females.

Canada did not pause the use of the Moderna vaccine, however.

The same month, the United States’s Food and Drug Administration acknowledged a “likely association” between the Pfizer and Moderna vaccines and rare cases of myocarditis in adolescents and young adults. While they continued to recommend Americans over the age of 12 get vaccinated, they added a warning to both vaccines. The FDA said that, in most cases, the heart problems were mild.

Sweden’s health agency said in a statement, “The connection is especially clear when it comes to Moderna’s vaccine Spikevax, especially after the second dose.”

It also acknowledged an increased risk tied to the second dose of the Moderna vaccine and the prevalence among young men and boys. The side effect reportedly occurred within two to four weeks after the second shot.

The agency has not publicly announced how many potential cases of heart inflammation it has identified.

“The health agency said it now recommended the Comirnaty vaccine from Pfizer/Biontech instead. People born 1991 or later that had received a first Moderna shot, some 81,000 people, would not get a second Moderna jab,” per Reuters.

The European Medicines Agency approved Spikevax for children over the age of 12 in July. Now, people aged 12-15 will only get the Pfizer/Biontech vaccine.

The European Union noted that 16 countries opted not to purchase “top-up” doses of the Moderna vaccine, which have been delivered slowly so far this year. The list of countries includes Poland, Romania, Belgium, Greece, the Czech Republic, Bulgaria, Slovakia, Ireland, Lithuania, Slovenia, Latvia, Estonia, Cyprus, Luxembourg, and Malta.

Approximately 81,000 people 30 years old and younger have already received a first jab of the Moderna vaccine in Sweden. They will not be offered the second dose. The Public Health Agency said that “discussions were ongoing about the best solution for this group.”

The decision will remain in place until at least Dec. 1, 2o21. 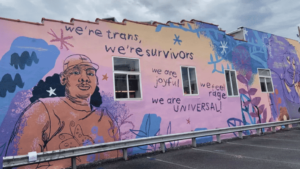