The mural was made in collaboration with Morris Home, a residential treatment center for transgendered people

A new mural depicting transgender and gender-nonconforming people was unveiled in Philadelphia.

The mural, titled “We Are Universal,” was a project supported by the Mural Arts Philadelphia and the City of Philadelphia’s Department of Behavioral Health and Intellectual disAbility Services.

It spans 2,200 square feet on the side of Cake Life Bake Shop on Frankfort Avenue. It was created by artist Kah Yangni in collaboration with Morris Home, a residential program that “supports trans and gender non-conforming individuals as they develop the knowledge, skills and supports necessary to promote sobriety, manage emotional and behavioral difficulties, choose and maintain safe and healthy lifestyles, and develop healthy relationships with peers, family and the community.”

It is supported by Resources for Human Development, the nation’s only residential recovery program specifically for trans people. The mural features two Morris Home’s residents.

🌈We’ll be at @CakeLifePhilly at noon tomorrow in partnership with @DBHIDS and Intellectual disAbility Services and Niarchos Foundation! Join us as we celebrate the dedication of the Morris Home mural We Are Universal and the kickoff of #MuralArtsMonth, presented by @Chase! ❤️ pic.twitter.com/oyD5Tn5G82

Yangi also included quotes from the residents including  “we’re trans,” “we’re survivors,” “we are joyful,” “we feel rage” and “we are universal!”

“I picked the words that describe people at Morris Home, but also the broader community of trans folks and folks in recovery,” Yangni said told NBC News. “I tried to pick things I felt like a lot of people could connect with.”

“I think it’s really awesome to be trans,” the artist, who uses gender-neutral pronouns, said. “I’m really proud of what I am, but I know that we live in this world where not everybody thinks that, and people in our community go through a lot. So I wanted to make something that would feel like a huge hug and acknowledges some of the things that are hard about our lives, but ultimately is really loving and really warm and says, ‘We’re here, and we exist.’”

In addition to Yangi’s mural, Climate Justice Initiative will have a mural at the Cherry Street Pier that will be “fueled by the words and experiences of front-line BIPOC organizers, activists, and artists fighting for climate justice.”

Additionally, there will be a mural titled “Point of Triangulation: Intersection of Identity” which will “investigate and interrogate the production of stigma upon the justice-involved, by juxtaposing the perception of the formerly incarcerated person with the individual’s greater identity,” according to Mural Arts’ website.

The theme of this year’s Mural Art Month is resilience. 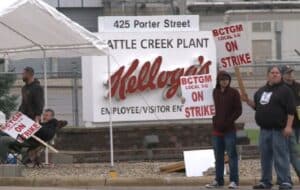