The court voted along ideological lines

Boule ran the Smuggler’s Inn, a bed-and-breakfast near the U.S.-Canada border. While he worked with federal law enforcement to “identify and apprehend persons engaged in unlawful cross-border activity on or near” the inn, “Boule also would provide transportation and lodging to illegal border crossers,” the decision states. He occasionally also called the authorities about illegal border crossers he had helped enter the U.S.

In 2014, Boule told Egbert a Turkish national had connected him for transportation into the United States. Egbert later believed he observed Boule transporting the passenger to his inn.

During a confrontation, Boule was pushed against his vehicle and forced to the ground. Boule filed a complaint with the agency, which triggered an investigation. Egbert was eventually cleared of any misconduct.

The court heard Egbert v Boule on March 2. Attorneys for Boule asked the court to affirm that the case warranted a Bivens action, or a lawsuit against a federal agent acting on government authority which “allegedly violates the U.S. Constitution by federal officers acting,” per Cornell Law School.

The term comes from the 1971 case Bivens v. Six Unknown Named Agents where the court found citizens had the right to take civil action against government officials who have violated their Fourth Amendment right.

“The question in Wednesday’s dispute was whether Boule’s lawsuit is the kind of case the court has previously allowed to proceed — in other words, whether it is similar enough to Bivens,” reports The Hill. “And if Boule’s case is deemed to fall outside the court’s recognized framework, an overlapping question is whether the justices should expand their criteria to allow the suit to survive.”

The Department of Justice defended Egbert, arguing that, unlike Biven, the case encompassed issues of national security and allowing agents to be sued for personal liability could hurt security relationships between American and Canadian agencies.

Ultimately the justices ruled 6-3 in favor of the CBP agent.

“Congress is better positioned to create remedies in the border-security context, and the government already has provided alternative remedies that protect plaintiffs,” Thomas wrote.

“Weighing the costs and benefits of new laws is the bread and butter of legislative committees,” wrote Justice Neil Gorsuch in his concurring opinion. “It has no place in federal courts charged with deciding cases and controversies under existing law.”

“Just five years after circumscribing the standard for allowing Bivens claims to proceed, a restless and newly constituted Court sees fit to refashion the standard anew to foreclose remedies in yet more cases,” Justice Sonia Sotomayor wrote in the minority opinion. “The measures the Court takes to ensure Boule’s claim is dismissed are inconsistent with governing precedent.” 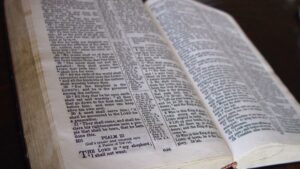