Supreme Court nominee Ketanji Brown Jackson is expected to be confirmed this week after gaining support from a bipartisan group of senators during a procedural vote on Monday.

Jackson earned an 11-11 vote in the Senate Judiciary Committee, but a vote was called by Senate Majority Leader Chuck Schumer to break the deadlock.

Every other Republican is expected to oppose her confirmation.

During the confirmation hearings, Senator Tom Cotton grilled Jackson about her prior pro bono work representing Guantanamo Bay detainees while she was a federal public defender at a private practice.

“Senator, I’m not aware of any such cases in my law firm. I was in a group of lawyers that was often approached to ask ‘would you file a brief for some group’ and I’m not aware that any victims of terrorism asked our firm to participate,” Jackson said.

Her clients were an alleged al-Qaida bomb expert, a Taliban intelligence officer, a man who trained to fight American forces in Afghanistan, and a farmer with ties to the Taliban. None of them have been convicted.

Sen. Josh Hawley also raised this issue, saying that he found it “a little concerning” that she kept representing the men after she went into private practice.

Republicans have also raised concerns about Jackson’s claim that she does not have a judicial philosophy.

Texas Sen. Ted Cruz has stated that Jackson “will prove to be the most extreme and the furthest-left justice ever to serve on the United States Supreme Court.” He also questioned the Supreme Court nominee on what it means to be a woman, after she infamously told Sen. Marsha Blackburn that she could not offer a definition because she is not a biologist.

“If I decide right now that I’m a woman, then apparently, I’m a woman. Does that mean that I would have Article III standing to challenge a gender-based restriction?”

Perhaps the most damaging, however, were Sen. Josh Hawley’s questions about her leniency towards pedophiles.

Jackson has presided over a total of 8 child-porn cases and cut the recommended sentence nearly in half in each case.

“Over and over, the records reveal, Jackson made excuses for the sex fiends’ criminal behavior and cut them slack in defiance of investigators and prosecutors — and sometimes even probation officers serving her court — who argued for tougher sentences because the cases were particularly egregious or the defendants weren’t remorseful,” the New York Post reported of the sentencings. 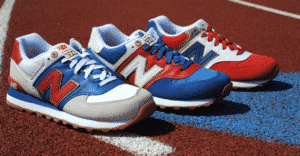