'We’ve been making products in the US for years and we are the only athletic manufacturer that produces here in the states,' said Joe Preston

The president and CEO of New Balance believes more companies will turn to onshore production as a result of continuous supply-chain problems.

The executive also says the athletic brand’s dedication to America-based production sets the company apart from competitors that rely on Asian nations to produce their products.

Speaking with Varney & Co on April 4, Joe Preston said his company has had a “long-standing commitment to domestic manufacturing.”

“We’ve been making products in the U.S. for years and we are the only athletic manufacturer that produces here in the states,” said Preston.

The five domestic New Balance factories are all in New England, with three in Maine and one in Massachusetts. Prestom said one opened last week, creating 90 jobs.

“Manufacturing has always been an important part of our company culture,” Preston said in a statement to Just Style following the completion of its $20 million renovation of a facility in Methuen, Massachusetts.

“Our associates have proven that high-quality athletic footwear can be produced in the U.S.,” the executive said. “Their skilled craftsmanship and dedication to continuous improvement will help us meet our significant U.S. and global consumer demand and drive our continued business growth.”

“We’re going to bring that up to over 200 by the end of the year,” Preston said during his  Monday interview with Stuart Varney.

New Balance has had to raise the prices of some products due to the increased cost of materials. The increased prices also allowed New Balance to increase wages and retain staff.

Preston’s sentiments about the necessity of domestic manufacturing have been echoed by other industry analysts.

Business Insider predicted on April 2 that demand for “Made in America” products would soon surge as economic sanctions on Russia rapidly increase the price of key products. The outlet also notes that “with the U.S. already suffering through supply-chain turmoil as a result of the COVID-19 pandemic, it’s more attractive than ever to be less economically dependent on others.”

However, without access to the cheap labor traditionally provided by China and other nations, prices for American-made products would still be higher than globally-made goods. 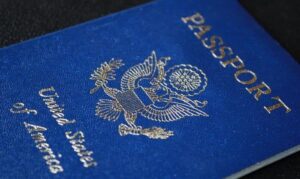