As many as 17,000 Americans may request an “X” gender designation on their passport, according to a report from an LGBTQ think tank.

The option to choose “X” instead of male or female will become available for all US passports on April 11.

The Williams Institute reports that they “estimate that 1.4% of the nonbinary LGBTQ population in the U.S., or 16,700 people, may request passports with an X gender marker each year. This estimate is based upon current demand for X gender markers on driver’s licenses in states which allow such an option.”

Currently, 21 states and the District of Columbia allow people to select “X” as their gender on driver’s licenses and identification cards.

“In Vermont, more than 30 percent of the state’s nonbinary LGBTQ+ population has requested gender-neutral driver’s licenses, meaning nearly 13 percent will likely request an ‘X’ gender designation on their passports, according to the Williams Institute. In Virginia, which issues the largest number of ‘X’ gender driver’s licenses per year, just 3 percent of nonbinary LGBTQ+ people are expected to request a gender-neutral passport,” according to a report from The Hill.

“Demand for a passport with an ‘X’ gender marker could be lower in states which already offer the option for driver’s licenses, according to the Williams Institute, because nonbinary LGBTQ+ people already have at least one identity document which accurately reflects their gender,” the report continues.

According to a press release from the State Department, it is now the first federal government agency to offer the X gender marker on an identity document.

The Transportation Security Administration (TSA) has said that they are working on a “gender neutral” screening option that they expect to have available by the end of the year.

“Over the coming months, TSA will move swiftly to implement more secure and efficient screening processes that are gender neutral, as well as technological updates that will enhance security and make TSA PreCheck enrollment more inclusive,” said TSA Administrator David Pekoske in a statement. “These combined efforts will greatly enhance airport security and screening procedures for all.”

Under the current screening process, travelers must choose male or female, and security will be alerted if body parts in their genital regions do not match what is expected by the Advanced Imaging Technology based on traits of biological sexes. 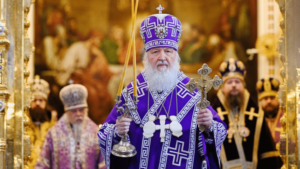