The head of the Russian Orthodox Church voiced his support for Russia fighting Ukraine as a necessary act of patriotism.

During a service on April 3 at the Main Cathedral of the Armed Forces outside of Moscow, Patriarch Kirill affirmed that the nation’s military members should continue to fight on behalf of Russia amid the nation’s ongoing conflict with Ukraine.

“We absolutely do not strive for war or to do anything that could harm others,” said the patriarch. “But we have been raised throughout our history to love our fatherland. And we will be ready to protect it, as only Russians can defend their country.”

Kirill “told a group of servicemen and servicewomen that Russia was a ‘peace-loving’ country that had suffered greatly from war,” reports Reuters.

The patriarch also noted his concern for anyone, including Ukrianias, impacted by the military conflict.

“All these are people of Holy Russia,” he said. “They are our brothers and sisters.”

The Orthodox Church is the smallest branch of Christianity with approximately 300 million members across the world, the majority of whom reside in Russia, Eastern Europe, the Caucasus, and the Middle East.

The Orthodox Church does not have a singular head but is comprised of several autocephalous churches that are self-governed. While the total has varied, there are currently 14 recognized Orthodox churches.

Kirill is the leader of the largest Eastern Orthodox church in the world, with over 90 million members. He also leads the Ukrainian Orthodox Church – Moscow Patriarchate.

The Orthodox sect in Ukraine is divided between the UOC-MP and the Orthodox Church of Ukraine — both of which have condemned Russia’s actions.

In several sermons since the conflict began, Kirill appeared to signal his support for the war as an inevitable result of the clash of cultures.

“Today there is a test for the loyalty to this new world order, a kind of pass to that ‘happy’ world, the world of excess consumption, the world of false ‘freedom,’” he said on March 6. “We have entered into a struggle that has not a physical, but a metaphysical significance.”

Kirill’s statements and his close relationship with Russian President Vladimir Putin have been criticized as the conflict continues. An open letter condemning the invasion was signed by 300 Russian Orthodox priests and deacons.

Pope Francis told reporters on the Papal Plane that he was still working to set up a meeting with Kirill.

He noted that he last spoke to the head of the Russian Orthodox Church via video call on March 16, per AP News.

He suggested the two might meet in the Middle East although he would travel to Russia if necessary. 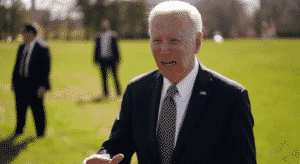