Biden said he did not consider the attack a genocide

“He is a war criminal,” Biden said on April 4, following the report of mass civilian casualties in the Ukrainian town of Bucha allegedly at the hand of Russian-controlled forces. An estimated 410 civilians have been removed from the town north of Kyiv which is currently under Russian control.

“But,” the President added, “we have to gather the information. We have to continue to provide Ukraine with the weapons they need to continue the fight and we have to get all the details so this can be an actual — have a war crime trial. This guy is brutal and what’s happening in Bucha is outrageous and everyone’s seen it.”

Biden refused to classify the attack in Bucha as genocide when questioned by a reporter.

ABC News notes that the American government has not been using the word “genocide … because of its strict legal definition and the heavy implications it carries.”

Biden noted that he plans to issue more sanctions against Russia, but gave no specific details of those plans. He walked away from the gathered media shortly thereafter.

Biden’s remarks come on the same day as a tweet from Ursula von der Leyen, the president of the European Commission.

I spoke with President @ZelenskyyUa about the atrocious murder of civilians in Bucha and elsewhere in Ukraine.

The EU is ready to send Joint Investigation Teams to document war crimes in coordination with the Ukrainian Prosecutor General.@Europol and @Eurojust will support.

“The prisoners of war were taken away in an unknown direction and housed in a tent camp in temperatures of -20 degrees, as a result of which many boys had frostbite,” Ukraine’s Parliament Commissioner for Human Rights Liudmyla Denisova said Monday, claiming Russia’s treatment of prisoners of war violates the Geneva Conventions. “They were treated like convicts, morally oppressed, and a dog was set on them while they were walking in the yard.”

The United Nations Human Rights Council voted to establish a commission of inquiry in March to determine if Russia has committed any violations or abuses. The International Criminal Court, an independent organization based in the Netherlands, is conducting a similar investigation. 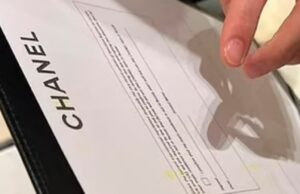