Support for more gun control in the United States has hit its lowest point since 2014, according to a new poll.

A Gallup poll released on Wednesday found that Americans’ support for stricter gun control has fallen five percentage points to 52%.

“Gallup has been tracking the public’s views on this measure since 1990, when the nation’s crime rate was high and a record 78% of Americans supported stricter laws for gun sales. Since then, calls for tougher gun control have generally spiked in the wake of prominent mass shootings and faded as the memory of each receded,” Gallup reported with their most recent findings. “As recently as three years ago, after the Parkland, Florida, school shooting, support for increased gun control rose to 67%, the highest point since 1993. It remained elevated until it began to fall last year. The latest decline in support for stricter gun laws, from an Oct. 1-19 Gallup poll, follows a seven-point drop last year.”

The sharp decline in support was driven mainly by Republicans, whose support for stricter gun control dropped 14-points to 22 percent — the lowest point for this group of voters on record.

There was also a 15-point drop in support for tighter controls among independents.

Meanwhile, support for more restrictions rose to 91 percent amongst Democrats.

“While Democrats are nearly unanimous in their support for stricter gun laws, Republicans’ and independents’ preferences are not as clear-cut. A 56% majority of Republicans favor keeping laws for the sale of firearms as they are now, while the remainder divide about evenly between wanting stricter (24%) and less strict (20%) laws. Independents are mostly divided between saying they prefer stricter laws (45%) and wanting laws kept as they are (41%). Twelve percent of independents favor less strict laws,” the pollsters found.

Support for a ban on handguns has also reached the lowest point on record.

“Support for banning citizens’ ownership of handguns peaked at 60%, the initial measure, in 1959. After that first reading, it never rose to the majority level and has been below 30% since 2008. Today’s 19% favoring such a ban is the all-time low, and down six points in the past year,” Gallup reports. 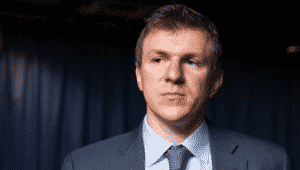