The new survey data was published just weeks after the 2022 midterm elections, where legalization of marijuana was on the ballot in five states.

Voters approved the legalization of recreational marijuana in Maryland and Missouri, while the measure failed in Arkansas, North Dakota, and South Dakota.

“There continue to be sizable age and partisan differences in Americans’ views about marijuana,” according to Pew. “While very small shares of adults of any age are completely opposed to the legalization of the drug, older adults are far less likely than younger ones to favor legalizing it for recreational purposes.”

Just three-in-ten Americans 75 and older favor legalizing marijuana for medical and recreational use. Nearly three quarters (72 percent) of those aged 18-29 say marijuana should be legal.

Politically, Republicans are far less likely to favor marijuana legalization than Democrats. Only 45 percent of Republicans and Republican-leaning independents support legalizing marijuana for both medical and recreational use, while 73 percent of Democrats and Democrat-leaning voters favor it.

With individuals supporting the legalization of marijuana in greater numbers, lawmakers are crafting and introducing policies reflective of the more tolerant cultural shift.

“The pardon will remove 47,144 convictions for possession of a small amount of marijuana from individual records, eliminating barriers for thousands of people seeking employment, housing, and educational opportunities who have otherwise been ineligible,” according to a statement from the Governor’s Office.

Though the policy will effectively erase convictions for victim-less marijuana cases, Brown’s office says no one will be released from jail because “no one is currently incarcerated in the state of Oregon solely for the possession of one ounce or less of marijuana.” 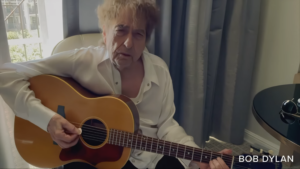