On Friday, Bob Dylan apologized for using an auto-pen to autograph a limited run of 900 “hand-signed” books, citing complications of “vertigo” and “the pandemic.”

The Philosophy Of Modern Song, released through Simon & Schuster with a letter of authenticity, was released this month for $599. Earlier this month, keen-eyed fans of Dylan took to social media sharing their signatures noting identical signatures between copies of the book.

“To my fans and followers. I’ve been made aware that there’s some controversy about signatures on some of my recent artwork prints and on a limited-edition of Philosophy Of Modern Song,” Dylan wrote on Friday. “I’ve hand-signed each and every art print over the years, and there’s never been a problem.”

“However, in 2019, I had a bad case of vertigo and it continued into the pandemic years. It takes a crew of five working in close quarters with me to help enable these signing sessions, and we could not find a safe and workable way to complete what I needed to do while the virus was raging.”

To my fans and followers,

“So, during the pandemic, it was impossible to sign anything and the vertigo didn’t help,” Dylan continued “With contractual deadlines looming, the idea of using an auto-pen was suggested to me, along with the assurance that this kind of thing is done ‘all the time’ in the art and literary worlds. Using a machine was an error in judgment and I want to rectify it immediately. I’m working with Simon & Schuster and my gallery partners to do just that. With my deepest regrets, Bob Dylan.”

Simon & Schuster initially declined refunds for disgruntled consumers claiming the signatures were legitimate. However, the publisher released a statement on Nov. 20 announcing they would offer refunds.

“To those who purchased the Philosophy of Modern Song limited edition, we want to apologize,” the company announced. “As it turns out, the limited edition books do contain Bob’s original signature, but in a penned replica form. We are addressing this immediately by providing each purchaser with an immediate refund.”

The validity of other signatures has been called into question following Dylan’s admission of employing auto-pen technology for autographed works.

Castle Fine Art, a UK based company which released prints of original paintings by Dylan, claimed they were “entirely unaware” of Dylan’s use of auto-pen though confirmed his signature was replicated on two works released in 2022.

“We were informed late yesterday that during the Covid 19 pandemic Bob Dylan used an autopen to sign several of his limited edition prints rather than his usual hand signature. These editions are: The Retrospectrum Collection prints and the Sunset, Monument Valley print which were released by us this year. We can confirm that all other editions were individually hand signed by Bob Dylan himself,” Castle Fine Art announced Saturday. “We were entirely unaware of the use of autopen on these particular prints, and we sincerely apologize for the disappointment this may cause.”

The company followed up their confirmation by announcing refunds for clients that purchased prints with replicated Dylan signatures in a Sunday post.
*For corrections please email [email protected]*
Share
Next 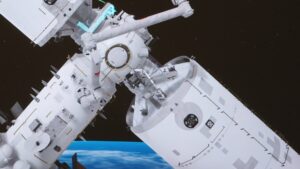