A study claims that thousands of children were fathered by United Nations peacekeepers in the Democratic Republic of the Congo and then abandoned.

The report, which was funded by the Social Sciences and Humanities Research Council of Canada and the Arts and Humanities Research Council, alleges that half of the women who got pregnant were under the age of 18 with the youngest being just 10 years old. But children younger than ten were also forced into a system known as kidigo usharatis (“little prostitutes”), where children as young as six-years-old were forced into a cycle of “selling sex for survival.”

Nearly 3,000 interviews were conducted with 42% of the respondents bringing up the issue of sexual abuse without prompting from researchers.

“Over the past five years, we have taken action to prevent these wrongs, investigate alleged perpetrators including military contingents, and hold them accountable including through repatriation,” a spokesman for the United Nations said. “Personnel have been separated from the organization, and no one who has been the subject of a substantiated investigation into sexual misconduct can be rehired within the system.”

Many of the women who were victimized by the peacekeeping forces were left without the means to feed and provide for their newborns. In desperation, they returned to prostitution in order to survive:

To provide Emma with food, clothes and shelter, she was compelled to exchange sex with peacekeepers from the nearby UN base for small amounts of money or items like bread, milk and soap. She has yet to receive any support from the father or his military, and is unable to meet her daughter’s longer-term needs including her education.

The claim comes on the heels of civil unrest that has devastated the country with protests that turned to riots in July leaving as many as 19 dead including three UN peacekeepers. The United Nations Organization Stabilization Mission in the Democratic Republic of the Congo (MONUSCO) has been operating in the territory for over two decades and over 50 nations have contributed military or police personnel to the peacekeeping effort. But recent complaints from local politicians, alleging that the UN troops have not done enough to end the violence of the Kivu conflict, sparked violent unrest from the local population that demanded the United Nations withdraw its presence from the region.

The claims are also not denied by the United Nations which has published its own research on the topic of sexual abuse perpetrated by its peacekeeping force. According to its findings, a failure to investigate sexual abuse allegations in the DRC stems from one of three scenarios: the officials themselves were participants in the abuse; they covered up the abuse of their friends; or, they knew abuse was taking place and chose to look the other way.

On a number of occasions, the issue of abandoned children was even brought before the upper echelons of the UN command structure:

A number of investigations into allegations of sexual exploitation and abuse were made between 1999 to 2004. However, some accounts suggest that, overall, senior management in the Mission did not take the issue seriously. Some staff allegedly reported incidents of sexual exploitation and abuse and claimed they were not followed up by a formal investigation. The issue of children fathered and later abandoned by MONUC members of military contingents was raised at senior management meetings on a number of occasions in 2003 and 2004. However, no action was taken by the Mission. 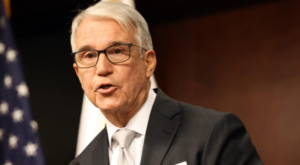