The effort was just over 46,000 votes short of the state requirement

An effort to recall Los Angeles County District Attorney George Gascón will not be allowed on the ballot despite receiving over 700,000 signatures.

The Registrar-Recorder/County Clerk Dean C. Logan announced his office has examined the signature and had been able to verify 520,050. Just over 195,780 signatures were declared invalid, leaving the effort about 46,000 votes short of the required 566,857 signatures needed to appear on the ballot.

As a result, voters will not be able to vote to recall the DA on Nov. 8.

“My primary focus has been & will always be keeping us safe & creating a more equitable justice system for all,” the Democrat wrote.

My primary focus has been & will always be keeping us safe & creating a more equitable justice system for all.

I remain strongly committed to that work & to you.

“The DA has characterized the efforts to remove him from office as a right-wing campaign to undermine his work to address institutional racism in the criminal justice system,” per LAist.

Gascón was first elected in 2020. He previously served as a police chief in Mesa, Arizona, as assistant chief in the LA Police Department and as the district attorney of San Francisco.

Jackie Lacey, the two-term incumbent Democrat he unseated, was “unpopular among members of the Black Lives Matter group,” reports The Hill.

His critics have argued that he is too soft on crime and say his “pro-criminal agenda” has made the city a “nightmare.”

“Criminals feel emboldened, residents unsafe, and victims abandoned,” the organization leading the recall effort wrote on its website. “Gascon REFUSES to prosecute juveniles as adults under any circumstances, even rape, murder or other heinous crimes, even if days shy of turning 18.”

The group says recalling Gascón is the only way to “restore order, public safety, and to ensure victims receive the justice they deserve.”

“We will be reviewing every single invalidated signature,” Steve Cooley, co-chair of the Recall DA George Gascón effort, told Timcast. “The numbers — to a lot of observers — did not make any sense. … to date, the Registrar-Recorder has refused to answer some very relevant questions.”

For instance: “Did they train the 500 or so temporary workers and their own staff with respect to current law, [which] changed in September 2020? There are people inside that office who say they were relying upon a 2017 manual that did not incorporate the legal changes that were very specific as to how to evaluate signatures. … We believe we have experts on our side who say that they have been less than transparent.”

Cooley, who served as the district attorney for Los Angeles County from 2000 to 2012, said they are currently forming a team to conduct a thorough review of the 200,000 or so signatures that were invalidated.

Supposing that they can “assemble a large team of intelligent people to conduct the review,” Cooley said they will need the Registrar-Recorder’s office “to be cooperative and forthcoming and facilitate that process.”

If these two variables occur, Cooley maintains that “the invalidated signatures will be reviewed … all of them.”

In an official statement provided to Timcast by the recall effort, the campaign said:

While the initial results are surprising and disappointing, the Recall Committee intends to exercise its full statutory and legal authority to review the rejected signatures and verification process that took place, and will ultimately seek to ensure no voter was disenfranchised. … The removal of George Gascon from office has never been a matter of if, but when. The citizens of Los Angeles cannot afford another two years of Gascon unleashing havoc on their streets – people’s lives are at stake.

This is the second recall effort mounted against Gascón. The first effort in 2021 failed to get enough signatures. 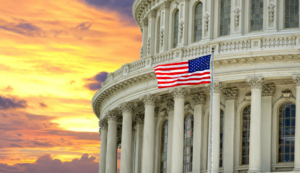