Stormy Daniels has been ordered to pay President Donald Trump’s legal fee after a federal court rejected her appeal in her defamation case.

The court ordered Daniels to pay for Trump’s legal fees. Daniels was also ordered to pay $1,000 in sanctions.

She appealed to the U.S. Circuit Court of Appeals for the 9th Circuit to overturn the lower court ruling. The Appeals court ruled against Daniels on March 18.

The 9th Circuit Court said in its ruling that it did not have the jurisdiction to repeal the repayment of the legal fees because Daniels did not file a notice of appeals before the 30-day deadline.

Daniels has claimed she and the former president had sex in 2006, which Trump has denied.

“The case has its origins in the fall of 2016, when Trump was the Republican nominee for president, and his then-personal lawyer Michael Cohen paid Daniels $130,000 in exchange for her agreement to keep quiet about her claim of having had sex with Trump,” reports CNBC. “When Cohen later pleaded guilty to federal crimes, which included campaign finance violations related to the payment, he said he paid Daniels the money at Trump’s direction.”

Daniels sued Trump while he was serving as president in 2018 in an attempt to void the nondisclosure she had agreed to with Cohen. Trump agreed to not enforce the agreement and was ordered to pay just over $44,000 for Daniels’ legal fees in 2020.

Daniels also sued Trump in 2018 when he posted a tweet calling a police sketch of a man Daniels said threatened her in 2011 a “con job.”

In 2018, a federal court said Trump’s statements were protected by the First Amendment and ruled against Daniel’s defamation claim.

After the Supreme Court rejected Daniel’s appeal in 2021, she took her appeal to the 9th Circuit Court.

Trump released an email statement on March 21 celebrating the ruling.

“The lawsuit was a purely political stunt that never should have started, or allowed to happen, and I am pleased that my lawyers were able to bring it to a successful conclusion after the court fully rejected her appeal,” Trump said. “Now all I have to do is wait for all of the money she owes me.”

He described the as “a total and complete victory and vindication for, and of me.”

Daniels took to Twitter to say she did not intend to pay the court-ordered sum.

I will go to jail before I pay a penny

Over the course of the legal battle, lawyers for both Daniels and Trump have been convicted of felonies related to the impact of Daniel’s allegation.

Michael Avenatti, Daniel’s former lawyer, was found guilty in February of wire fraud and aggravated identity theft for stealing $300,000 she had been paid to write a book about her alleged affair with Trump. 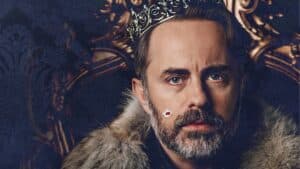