A Russian chess superstar has been banned by the International Chess Federation, Chess.com, and the Grand Chess Tour for making statements in support of President Vladimir Putin.

Russian grandmaster Sergey Karjakin, 32, is banned by the chess authorities for six months — meaning that he will miss the Candidates Tournament and his opportunity to qualify for a title match against Magnus Carlsen.

Karjakin was also specifically blacklisted from chess organizations in the UK and Norway.

Responding to the news of his ban, Karjakin said, “I just don’t remember such a precedent when a chess player was not allowed on principle. It’s a shame,” as translated in a report from Russian outlet RT.

“The idea was to prevent me from playing in the Candidates Tournament and to deprive me of a possible entry into the [world title] match with Magnus Carlsen,” Karjakin added. “I don’t know if I’ll be returning in six months to tournaments under the auspices of FIDE. They dishonored not me, but themselves.”

The grandmaster alleged that his ban was politically motivated as one of the presidents of the International Chess Federation, Arkady Dvorkovich, is Russian.

“It’s just the idea – Dvorkovich is trying to show that he is a European official. He wants to remain FIDE president. He decided to sacrifice me for his political ambitions,” he said.

The organization admitted that outrage on social media contributed to their decision.

“The statements by Sergey Karjakin on the ongoing military conflict in Ukraine has led to a considerable number of reactions on social media and elsewhere, to a large extent negative towards the opinions expressed by Sergey Karjakin,” said the International Chess Federation in a statement.

Another Russian player, grandmaster Sergey Shipov, was also investigated by the Chess organization for similar comments. The organization found his statements less objectionable than those made by Karjakin, and he was not suspended.

Karjakin has 21 days to appeal the organization’s decision. The Russian Chess Federation has already vowed to do so.

For his part, Karjakin does not see the point of appealing and refuses to apologize for his beliefs.

“I don’t see the point of filing an appeal – any court will take the side of Europe. And FIDE is an international sports organization that does like everyone else. And by some coincidence, a Russian is still leading it. I think that this is not for long,” Karjakin said.

“I understood that there was such a danger [of disqualification], but I believe that I am first and foremost a citizen and patriot of my country, and I say this without any boasting. If such a situation arose again, I would not be silent, but again I would write such a letter. I do not regret what I did. Choosing between supporting my country and participating in the Candidates Tournament, I would always choose the first one,” Karjakin continued. 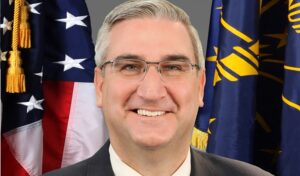