Spotify Announces It Will Suspend Service in Russia

The company closed its offices in Russia indefinitely on March 2

Subscription music service Spotify announced its will “fully suspend” its services in Russia because of the nation’s invasion of Ukraine.

“Spotify has continued to believe that it’s critically important to try to keep our service operational in Russia to provide trusted, independent news and information in the region,” the company said in a statement, per Variety. “Unfortunately, recently enacted legislation further restricting access to information, eliminating free expression, and criminalizing certain types of news puts the safety of Spotify’s employees and possibly even our listeners at risk. After carefully considering our options and the current circumstances, we have come to the difficult decision to fully suspend our service in Russia.”

The announcement comes just over three weeks after the company shut down its offices in Russia indefinitely because of the conflict.

“Since July 2021, Russian legislation signed by President Vladimir Putin has obliged foreign social media companies with more than 500,000 daily users to open local offices or be subject to restrictions as severe as outright bans,” notes News 18.

On March 2, the company sent a message to employees and users saying it was “shocked and saddened” by Russia’s invasion in late February.

“Our first priority over the past week has been the safety of our employees and to ensure that Spotify continues to serve as an important source of global and regional news at a time when access to information is more important than ever,” Spotify wrote. “Our team has reviewed thousands of pieces of content since the start of the war, and has restricted the discoverability of shows owned and operated by Russian state-affiliated media.”

All content from RT and Sputnik was removed from the platform in European Union nations and other markets. The company also activated its Artist Fundraising Pick feature so musicians could raise money to help humanitarian efforts supporting Ukraine.

“We are exploring additional steps that we can take and will continue to do what is in the best interest of our employees and our listeners,” Spotify said.

The music service is expected to end at the beginning of April, according to a report from Reuters.

Spotify is one of the numerous technology companies to take action against Russia following the onset of the conflict in Ukraine.

Adobe, Apple, Microsoft, Dell, Oracle, VMware, and Supremicro all stopped their sales in Russia in compliance with sanctions from the United States government.

Additionally, Twitter, Netflix, TikTok, Airbnb, and PayPal have all suspended their operations and services in Russia. 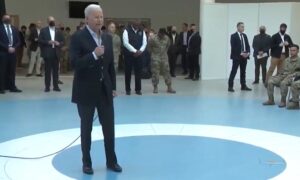