Spirit announced a merger with Frontier Airlines earlier this year

Spirit Airlines shareholders have voted to accept a $3.8 billion sale to JetBlue, ending Frontier Airlines’ attempt to merge with the carrier.

Spirit is the biggest budget airline in the United States.

The airline announced that more than 50% of stockholders were in favor of the sale during an online meeting on Oct. 19 and promised to have the exact results within four business days.

“This is an important step forward on our path to closing a combination that will create the most compelling national low-fare challenger to the dominant U.S. carriers,” Spirit CEO Ted Christie said in a press release. “We look forward to continuing our ongoing discussions with regulators as we work toward completing the transaction and delivering value to Team Members, Guests and stockholders.”

Frontier and JetBlue have been competitively bidding to take over the Florida-based airline.

In February, Spirit and Frontier announced they had agreed to a $6.6 billion dollar merger. Frontier would have had a 51% stake in the new company and named seven of the 12 board members. Spirit would have selected the other five and received $2.9 billion in exchange.

In April, JetBlue spontaneously offered to buy Spirit for $3.6 billion — all cash. Spirit rejected the offer in favor of its deal with Frontier.

Robin Hayes, the CEO of JetBlue, sent a letter to Spirit Airlines in May saying his company expected its board to “engage constructively” with his airline’s clearly superior offer. JetBlue saw the potential merger as a threat as it would have created “the nation’s fifth largest airline, and significantly consolidate the low-cost airline industry,” per Forbes.

Ultimately, Spirit and Frontier ended their deal on July 27.

“Spirit is obligated to reimburse $25 million of Frontier’s incurred merger-related costs,” Frontier noted in a quarterly financial report. “In the event Spirit enters into an acquisition agreement in the next twelve months with another acquiror and it subsequently consummates the transaction, Frontier will be owed an additional $69 million, as provided for in the Merger Agreement.”

Pending the buyout’s completion, JetBlue will reportedly get rid of some of Spirit’s well-known add-on fees including charging for carry-on bags.

Spirit projects the buyout will be completed by the first half of 2024, although the company noted the “completion of the transaction is subject to customary closing conditions, including receipt of required regulatory approvals.” The deal may be challenged by anti-trust regulators.

“The Biden administration has taken a hard stance against deals they argue will harm consumers,” reports CNBC. “The Justice Department is currently battling JetBlue’s existing partnership with American Airlines in the Northeast in court in Boston.”

Shares of Spirit are currently trading at $19.84. 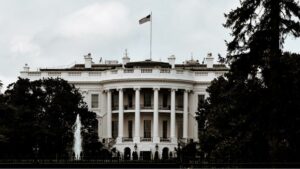