The new company will be the nation’s fifth-largest airline

Frontier Airlines and Spirit Airlines will merge to form the fifth-largest airline in America after negotiating a $6.6 billion deal.

The boards of both airlines approved the deal over the weekend.

In a statement, Spirit President and CEO Ted Christie said, “This transaction is centered around creating an aggressive ultra-low fare competitor to serve our guests even better, expand career opportunities for our team members and increase competitive pressure, resulting in more consumer-friendly fares for the flying public.”

Investors in Florida-based Spirit Airlines will receive $2.13 in cash for each share of the company that they own. They will also receive 1.9126 shares of Colorado-based Frontier airlines.

Frontier will have a 51.5% controlling stake in the merged company, which spent $2.9 billion in cash and stock to acquire Spirit. Frontier’s chairman William A. Franke will serve as the chairman of the board for the new company.

Frontier will also select seven of the future 12-person board of directors. Spirit will name the other five.

The combined fleet will include 350 aircraft and offer over 1,000 flights a day reaching 145 destinations in 19 countries, including the US, Latin America, and the Caribbean.

“Both airlines lost money in the last three months of 2021,” reports The New York Post. “Spirit reported losses of $87.2 million while Frontier said it lost $53 million. The two airlines both finished in the red for the entire 2021 calendar year.”

In their announcement, the companies said the merger will result in about $1 billion in consumer savings.

Shares for both companies rose on Feb. 7 after the companies made their announcement. Just after the news of the merger was made public, Frontier grounded several of its aircraft due to technology issues.

Though Spirit and Frontier have reached an agreement, the merger still must be approved by the federal government.

“The Biden administration has closely scrutinized increasing corporate consolidation and last year filed an antitrust lawsuit against American Airlines and JetBlue challenging their cooperation agreement, arguing that it would lead to higher prices for consumers,” reports The Hill.

The merger is expected to close during the second half of 2022. The new airline’s name has not yet been decided. 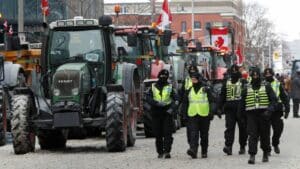