The White House has announced a series of steps it will take to address domestic energy costs, along with its plan to re-fill the Strategic Petroleum Reserve (SPR), which it’s been draining since early this year in a bid to artificially lower U.S. gas prices.

However, a fact sheet released by the White House shows that the Biden administration will actually be purchasing oil to refill the SPR at a rate nearly three-times higher than what the Trump administration would have paid.

This spring, as the average gas price across the U.S. topped $5 for the first time in history, Biden began a 180-million-barrel drawdown of the SPR to increase the global supply and lower gas prices. The administration opted to tap the SPR, as it refuses to backtrack on measures it has implemented to choke off U.S. domestic oil production.

The U.S. Department of Energy (DOE) will halt releases from the SPR after a final sale of 15 million barrels in December, according to the fact sheet. Crude oil to refill what has been removed from the SPR will be purchased once costs go back down, “when prices are at or below about $67-$72 per barrel,” the administration says.

However, “former President Donald Trump proposed in March 2020 to refill the strategic reserves at a price of $24.49 per barrel,” which Democrats opposed and Senate Majority Leader Chuck Schumer termed a “bailout for big oil,” according to a release from Daily Caller.

Oil was priced at about $90 per barrel just before OPEC+ announced on Oct. 5 that it would cut oil production, which sent prices about $3 per barrel higher that day. As of today’s announcement by the White House, prices have fallen back to $90 per barrel.

The plan by the Biden administration immediately drew criticism, with many questioning how the administration would be able to purchase oil at a discounted rate.

“Are the dumbest people in America working at the WH?” Matt Schlapp, Chair of the Conservative Political Action Committee (CPAC) wrote on Twitter. “They are releasing SPR reserves bc the price is so high.”

Are the dumbest people in America working at the WH? They are releasing SPR reserves bc the price is so high. They are trying to force companies to produce more but of course they all want to do more when price is high but Biden’s policies are making it harder. https://t.co/Vjy2WEiBrG

“This is a political Band-Aid to cover up the crisis caused by Biden’s war on American energy,” U.S. House Rep. Jeff Duncan (R-S.C.) wrote on Twitter. “Biden is being reckless with our national security by draining the SPR for the sake of trying to help his party through the elections. The American people can see right through this.”

This is a political Band-Aid to cover up the crisis caused by Biden's war on American energy.

Biden is being reckless with our national security by draining the SPR for the sake of trying to help his party through the elections. The American people can see right through this. https://t.co/76HCYrRAzu

The Biden administration did not reveal what it plans to do to refill the SPR if prices do not fall to its preferred range of $67-$72 per gallon.

Officials also say they may choose to continue selling off oil from the SPR, telling the DOE “to be ready to move forward with additional significant SPR sales this winter if needed due to Russian or other actions disrupting global markets.” 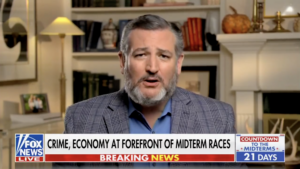