“The fact is this is not the same airline that Herb Kelleher built where planes went point-to-point,” wrote the TWU Local 555 President. “We are now experiencing the same problems as the more traditional airlines that rely on a hub and spokes system. When Southwest’s model changed, preparation needed to change. If airline managers had planned better, the meltdown we’ve witnessed in recent days could have been lessened or averted.”

He added: “When you’re dealing with sub-zero temperatures, driving winds and ice storms you can’t expect to schedule planes as if every day is a sunny day with moderate temperatures and a gentle breeze.”

“The human factor also has to be a consideration. Ground workers need more support. Many of our people have been forced to work 16-hour or 18-hour days during this holiday season,” Barnes wrote. “Our members work hard, they’re dedicated to their jobs, but many are getting sick, and some have experienced frostbite over the past week.”

In severe weather it’s unreasonable for workers to stay outside for extended periods. People need to be able to cycle in and out of the cold. The airline needs to do more to protect its ground crews. Although it can be complicated, especially during the holiday season, we need to consider better spacing of flights during extreme weather events in the bitter cold of winter – as well as the extreme heat of summer. When the forecast for Denver, Kansas City, Atlanta, Nashville, Baltimore, Chicago, Portland and a long list of other key markets for the airline looks challenging, as it did over the past week, we should consider slowing the entire schedule. Ground Workers at Southwest Airlines represented by Transport Workers Union Local 555 work behind the scenes day and night to get everyone to their destination safely and with their baggage.

“We know that Southwest Airlines’ management can fix the problems that we have all witnessed this month,” Barnes concluded. “Our union is ready to be a partner to make those necessary changes happen.”

The airline reportedly cancelled around 14,500 flights over the last week, per the New York Post.

“While Southwest continues to operate roughly one third of its schedule for Thursday, Dec. 29, we plan to return to normal operations with minimal disruptions on Friday, Dec. 30,” Southwest said a Thursday statement. “We are encouraged by the progress we’ve made to realign crew, their schedules, and our fleet. With another holiday weekend full of important connections for our valued customers and employees, we are eager to return to a state of normalcy.” 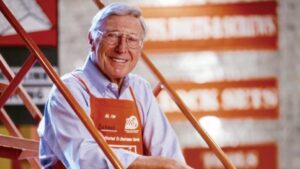