Billionaire co-founder of Home Depot says that the global spread of “woke” ideology has destroyed the economic independence that allowed his company to become a mega-corporation.

In a recent interview, 93-year-old Bernie Marcus told the Financial Times that the list of potential obstacles to overcome for an entrepreneur to succeed is long. He also said that if he and his business partner tried to launch Home Depot today, “We would end up with 15, 16 stores. I don’t know that we could go further.”

“I’m worried about capitalism,” Marcus told FT in a video interview. “Capitalism is the basis of Home Depot [and] millions of people have earned this success and had success. I’m talking manufacturers, vendors and distributors and people that work for us [who have been] able to enrich themselves by the journey of Home Depot. That’s the success. That’s why capitalism works.”

Home Depot is the largest home improvement retailer in the U.S., with 70 distribution centers across the country and more than 490,000 employees. The company was founded in 1979 after Marcus and co-founder Arthur Blank were fired from Handy Dan, a Los Angeles-based chain of home improvement stores.

Marcus believes that today there is less incentive to take the risks they took in founding the company, saying that because of socialism “nobody works. Nobody gives a damn. ‘Just give it to me. Send me money. I don’t want to work — I’m too lazy, I’m too fat, I’m too stupid.’”

“We used to have free speech here. We don’t have it,” Marcus said. “The woke people have taken over the world. You know, I imagine today they can’t attack me. I’m 93. Who gives a crap about Bernie Marcus?”

Some of Marcus’s recent political donations went to both former President Donald Trump and Florida Gov. Ron Desantis. But, he wouldn’t say who he prefers to oust President Biden, who he calls “the worst president in the history of this country.” 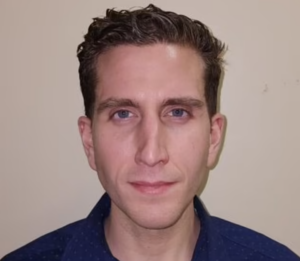 Suspect in University of Idaho Quadruple Murder In Custody