A near-total abortion ban has advanced through South Carolina’s House Judiciary Committee with a 13-7 vote and will now move to the floor for consideration.

The bill would ban all abortions, except in cases where it is necessary to save the life of the mother.

Abortion is already banned at the point of fetal cardiac activity in the state, which occurs at approximately six weeks of pregnancy. The state had set the law in place to go into effect if the Supreme Court overturned Roe v. Wade, which it did in June.

The near-total ban was introduced by Republican legislatures ten days after the Supreme Court’s decision.

Under the current law, abortionists must conduct an ultrasound prior to performing an abortion to check for a heartbeat. If one can be detected, they are forbidden from carrying out the procedure.

The new restrictions would not allow for a woman to be prosecuted for obtaining an abortion, but would criminalize the actions of the doctor.

“Legal action can be brought by the unborn child’s father, aunts, uncles, grandparents or the person upon whom the abortion was performed. Plaintiffs are entitled to $10,000 in statutory damages for each violation,” according to a report from The Hill.

Republican Rep. John McCravy said during the hearing that “the number one thing that this bill does is to end the practice of abortion being used as birth control in our state.”

“The number one thing the bill does not do is to endanger the health care of women in any way,” Rep. McCravy continued. “In fact, this was the number one misconception we found repeated in the public hearing.”

McCravy also made clear that the legislation would not prevent access to contraception.

Democrat Rep. Spencer Wetmore argued that the legislation would leave “doctors scared to practice; women scared to start families because they are worried this state will criminalize them if they have a miscarriage or worse leave them bleeding out in an emergency room while a hospital’s attorney decides whether the doctors can help.” 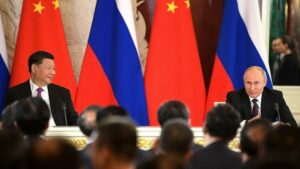