Chinese troops will travel to Russia to take part in a joint military exercise, along with other countries including India, Belarus, and Tajikistan.

The Chinese defense ministry said the exercises — part of an ongoing bilateral cooperation agreement — are unrelated to the current international and regional situation.

Moscow announced plans in July to hold “Vostok” (East) exercises from Aug. 30 to Sept. 5. The last time the exercises took place was in 2018, the year China participated for the first time.

Earlier this month, Russian senator Vladimir Dzhabarov pledged Vladimir Putin’s support to China if it goes to war over Taiwan.

“I see no grounds to refuse help China,” he said. “But, I would like to see a two-way movement with China. It means we should have some benefits from this cooperation.”

The 69-year-old lawmaker and former FSB officer said the Kremlin’s backing would be contingent upon Beijing’s support for the war in Ukraine.

“I am convinced that in this case China hopes for a certain assistance from Russia… because it will be difficult for China to confront the United States without Russia’s support,” he said.

In the statement, Beijing and the Kremlin appeared to issue tacit criticism of U.S. foreign policy and the North Atlantic Treaty Organization (NATO).

“Certain States’ attempts to impose their own ‘democratic standards’ on other countries, to monopolize the right to assess the level of compliance with democratic criteria, to draw dividing lines based on the grounds of ideology, including by establishing exclusive blocs and alliances of convenience, prove to be nothing but flouting of democracy and go against the spirit and true values of democracy,” the statement said. “Such attempts at hegemony pose serious threats to global and regional peace and stability and undermine the stability of the world order.”

Russia and China have the second and third strongest militaries, following the United States.

The Kremlin also controls the world’s largest nuclear arsenal, harboring a total of 6,257 nuclear weapons. The U.S. has 5,550, while China ranks third with 350 available. 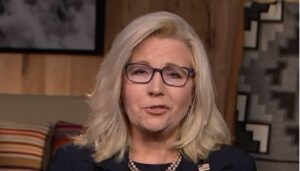