Richard Moore, 57, had to choose between the firing squad or an electric chair, as the state has long been unable to obtain lethal injection drugs.

According to documents filed on Friday, Moore said, “I believe this election is forcing me to choose between two unconstitutional methods of execution, and I do not intend to waive any challenges to electrocution or firing squad by making an election.”

The state would have defaulted to using an electric chair for the execution, which is scheduled for April 29, if Moore did not make a choice.

Moore was convicted for killing James Mahoney, a convenience store clerk, during a robbery in 1999.

Lawyers representing the inmate are asking that his execution be delayed until a court can determine if his options for execution methods amount to “cruel and unusual punishment.” They are also asking the US supreme court to review whether the death penalty in this case is a disproportionate punishment compared to similar crimes.

“The state corrections agency said last month that it finished developing protocols for firing squad executions and completed $53,600 in renovations on the death chamber in Columbia, installing a metal chair with restraints that faces a wall with a rectangular opening 15ft (4.6m) away. In the case of a firing squad execution, three volunteer prison workers will train their rifles on the condemned prisoner’s heart,” The Guardian reports.

Utah is the only state that has carried out a firing squad execution in the last four decades.

The Greenville News noted, “unlike Utah, which uses a five-member firing squad, South Carolina will have three law-enforcement officers in its firing squad, and all three will have live rounds, while in Utah at least one rifle fires non-lethal bullets.”

Moore exhausted his appeals in 2020, with his most recent attempt denied by the State Supreme Court earlier this month. He was scheduled to be executed in 2020, but it was delayed when the Department of Corrections could not obtain lethal injection drugs.

Moore, if executed, will be the first in the state since 2011. 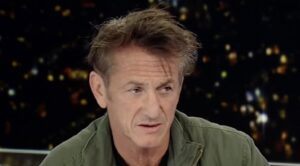