Actor Sean Penn says that he considering going to Ukraine and “taking up arms” against Russian forces.

Penn has been working on a documentary about the conflict for Vice News and travelled to Ukraine in February.

Speaking to Hollywood Authentic Magazine, Penn said that he is considering going back to Ukraine, but only if President Volodymyr Zelenskyy wants him to.

“Look, my intention is to go back into Ukraine. But I’m not an idiot, I am not certain what I can offer. I don’t spend a lot of time texting the president or his staff while they’re under siege and their people are being murdered. I’d probably send one message through the chief of staff. ‘Here’s what I’m looking to do that I think would be of value. You only have to answer me in one of two ways: don’t come or come and do what you’re planning, or come, but here’s where you could be more helpful,'” Penn said.

Penn said that if he did fight for Ukraine, he would not want to use body armour as a foreigner.

“The only possible reason for me staying in Ukraine longer last time would’ve been for me to be holding a rifle, probably without body armour, because as a foreigner, you would want to give that body armour to one of the civilian fighters who doesn’t have it or to a fighter with more skills than I have, or to a younger man or woman who could fight for longer or whatever. So, where I am in life is short of doing that, but if you’ve been in Ukraine [fighting] has to cross your mind. And you kind of think what century is this? Because I was at the gas station in Brentwood the other day and I’m now thinking about taking up arms against Russia? What the f-ck is going on?” Penn continued.

The actor was with Zelenskyy on the first day of the conflict and could not hold back his admiration. He described the Ukrainian president as “very charming, and very bright and very charismatic,” adding that he “immediately liked him a lot.”

“So, seeing Zelensky the day before invasion, I would say, it serves to reason that he would not have felt fully tested. And then seeing him the next day, it struck me that I was now looking at a guy who knew that he had to rise to the ultimate level of human courage and leadership. I think he found out that he was born to do that,” Penn said.

The actor previously said that he would publicly smelt his Oscar awards if the Academy did not have Zelenskyy speak — but has not done so as of April 15. 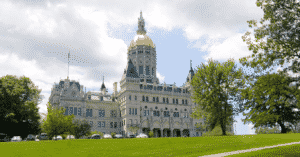