The son of the former dictator of the Philippines has emerged as a top contender for this year’s presidential election.

Ferdinand Marcos was overthrown just over 30 years ago during the “People Power Revolution” in 1986. Under Marcos, the nation was subject to nine years of martial law.

Amnesty International estimates more than 70,000 people were jailed during this time and about 34,000 were tortured during Marcos’s reign from 1972 to 1986.

Despite this, his family has been able to so successfully rehabilitate their reputation that Marco’s son is now one of the most popular presidential candidates.

Ferdinand Marcos Jr., 64, has served as a provincial governor, congressman and senator. He was raised in the United States after his family fled the Philippines in exile following his father’s removal from power. His father reportedly took billions of dollars of public funding with him when he fled the country. The family returned in 1992 after Ferdinand Marcos Sr.’s death in 1989.

His campaign has largely focused on calls for unity. Marcos Jr. has avoided addressing allegations of tax fraud.

Marcos Jr. – who is known by his childhood nickname “Bongbong” – has also refused to apologize for any of his father’s actions

“One key question is how the younger demographic will vote,” reports NikkeiAsia. “More than 37 million, or 56% of the voting population, are in the 18-41 age range — the country’s largest-ever group of youth voters. Most were born after the Marcos dictatorship ended in 1986 and raised on social media.”

Marcos Jr. has consistently increased in popularity throughout his campaign. A Socal Weather Station poll in October found that 47% of respondents supported him as the nation’s future president. Pulse Asia reported his popularity peaked in February at 71% and he still lead other candidates at 57% in April.

Leni Robredo, the current Vice President of the Philippines, polled in second place in recent weeks.

The 57-year-old lawyer and economist defeated Marcos Jr.’s bid for the vice presidency in 2016. In the Philippines, the president and vice president are elected separately rather than on a joint ticket as they are in the United States.

An independent, Robredo entered politics after her husband, a politician, died in a 2012 plane crash. Her supporters dress in pink and her campaign has been noted for its effective grassroots organizations. Despite her current place in government, Robredo is considered an outsider as she does not come from one of the nation’s politically dominant families, per NBC News.

The Philipines is one of a limited number of democratic nations in Southeast Asia. There are 67 million registered Filipino voters.

According to Fox News, “the election winner inherits immense problems, including an economy battered by the coronavirus pandemic, deeper poverty and unemployment, hyperinflation due to skyrocketing oil and gas prices, decades-old insurgencies and inflamed political divisions.”

Voting opened on May 9. With 61% of votes counted, Bloomberg reports Marcos Jr. has more than 20 million votes — almost double those cast for Robredo. 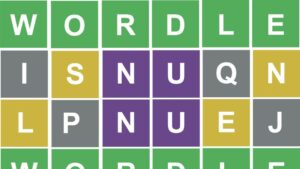