After a nine-month trial, 20 men have been found guilty for their roles in the 2015 Paris terrorist attack that left 130 people dead and hundreds more wounded.

The sole survivor of the cell that assaulted the Bataclan theater, Stade de France, and multiple Paris restaurants, Salah Abdeslam, was convicted of murder in relation to a terrorist enterprise and has now been sentenced to life in prison without parole — the harshest sentence in the country that abolished the death penalty in 1981.

The penalty is an extremely rare occurrence in the French judicial system with just four individuals ever sentenced under such measures. Still, the leniency of the French court provides for one exception: after 30 years of imprisonment, the convict is allowed to request a review of his sentencing. Taking into account the opinions of the victims, the French public, experts, and signs of the criminal’s progress towards rehabilitation, the court is allowed to eliminate the indefinite incarceration mandate.

Abdeslam acted as the wheelman and assisted in the manufacture of explosives used during the attack, but managed to evade capture following the execution of the terrorists’ plot. Making it across the border and into Belgium, the terrorist was not apprehended until March of 2016 — 126 days after the attack — when a raid conducted by Belgian authorities landed him in custody.

Writing to an undisclosed interlocutor later that year, the terrorist explained that he is “not ashamed” of who he is but that he did not wish to be treated like a “star or an idol” because “the only one who deserves to be worshiped is Allah.”

With the threat of life imprisonment hanging over his head, however, Abdeslam took a different tone at his last appearance in court. He claimed that listening to the accounts of suffering caused by his actions had changed him. “I have made mistakes, it’s true, but I am not a murderer, I am not a killer,” he said.

Another participant, Mohamed Abrini, was sentenced to life imprisonment with a possibility for parole after 22 years of incarceration.

The other suspects who were found guilty today mostly served as logistical support or in the aftermath of that attack. These men helped with transporting the attackers, forging documentation, acquiring phones, and financing.

In some cases, these individuals were sentenced to a suspended sentence with time served. 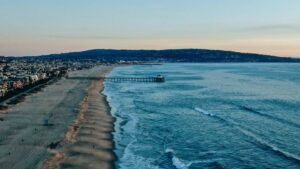