Diesel fuel prices have skyrocketed over the last year, much higher than regular gas prices.

And because the ships and trucks that deliver goods throughout most of the country rely on diesel, those fuel costs are passed on to the consumer, a contributing factor in the 40-year-high inflation that has plagued the United States.

“People pay less attention to diesel prices because people aren’t going to the pump and using it,” Matt Smith, lead oil analyst at Kpler, a research firm, told the Associated Press. “But diesel has a more far-reaching impact and is already having a real big impact across the economy.”

Unless prices are reduced, high diesel costs could worsen the supply chain and inflation issues the U.S. is seeing, as many trucking companies are declining jobs unless their customers are willing to pay more for the increase in fuel, according to the AP.

“It breaks my heart because I either have to say, ‘No, I can’t afford to,’ or ’I can, but you’re going to have to pay some of my fuel to get me there,’” said Deb LaBree, a long-haul trucker who delivers pharmaceuticals.

In order to mitigate high fuel costs, LaBree tries to minimize driving an empty truck between deliveries to customers. If the client cannot pay the higher cost for diesel, she simply turns the job down.

Verleger told CNN that the tight supply of diesel could send the average price to $10 per gallon by the end of the summer. He said that diesel prices that high could slam the brakes on the U.S. economy.

“A lot of truckers just won’t be able to operate,” he said. “If you’re a farmer, you may have to leave some acres fallow, or won’t fertilize as much. The macroeconomists don’t get this. It’s going to come back and haunt us all.” 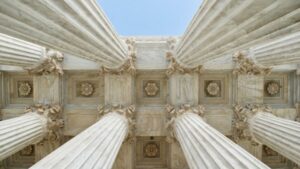