Companies are increasingly facing pressure from employees on social issues

Despite United States companies coming under increased pressure to take stands on social and political issues over the last two years, 90 percent will not weigh in on abortion, according to a new report from The Conference Board.

The U.S. Corporate Response to Recent Supreme Court Decisions surveyed public, private, and nonprofit corporations and sheds light on when — or whether — companies decide to engage in political discourse.

“A clear majority of surveyed corporations have made public statements in the past two years addressing racial equality, and substantial percentages of firms have publicly addressed other issues relating to equality, including gender equality, LGBTQ+ rights, and anti-Asian violence,” the report found.

But only 10 percent have responded or plan to respond with outward-facing actions, such as public statements, or adjusting political donations. The most common responses have been internal — clarifying healthcare benefits, and offering to cover travel expenses associated with obtaining an abortion out of state.

While 31 percent of companies are not planning to respond at all to the Dobbs v. Jackson Women’s Health Organization ruling, 73 percent will not address the Supreme Court’s recent decision in New York State Rifle & Pistol Association v. Bruen, a ruling that effectively made concealed carry firearms lawful nationwide.

According to the report, most companies cite employee pressure as the reason why they weigh in on political and social issues, though occasionally the pressure can come from senior management. But, the report also notes that companies need to establish consistent mechanisms for employees to raise issues and for company leadership to decide whether and how to address those issues. 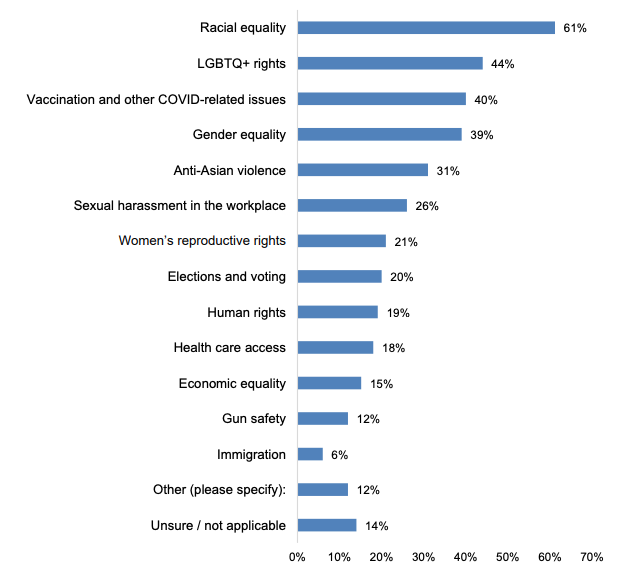 The data show that since 2020, the top issues on which U.S. companies have taken public stances are race and gender equity, COVID-19 vaccinations, and anti-Asian violence.

Seventy-five percent of companies say the decision to weigh in on two recent Supreme Court decisions was “with either the CEO alone or the CEO and senior management team collectively.”

The Conference Board says that companies must prepare to address issues surrounding abortion and gun legislation.

“The percentage of companies that have decided to address the issues of women’s reproductive rights and guns by adjusting their lobbying activities, political contributions, or nonprofit donations is generally in the low single digits,” they say. “But these areas are not likely to escape employee scrutiny — or pressure — for long.” 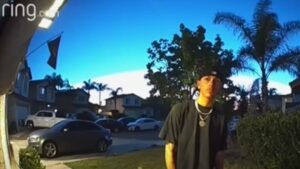