'It's increasingly challenging to operate efficiently there,' said a company spokesman

The nation’s largest pork processor will close its California plant because of the expense of conducting business in the state.

Smithfield Food Inc. announced on June 10 that it will close its Vernon plant, which employs 1,800 people, in February of 2023.

The company said California’s increased price of livestock feed, transportation and packaging have driven up its operating costs.

“It’s increasingly challenging to operate efficiently there,” said Jim Monroe, a Smithfield spokesman, in a statement. “We’re striving to keep costs down and keep food affordable.”

Monroe noted that the company spent 3 1/2 times more per head in California than it did in its “other locations where they do the same type of work.”

Additionally, the state passed Proposition 12, which requires pigs and sows have enough space to lie down and turn around in their stall.

“California represents approximately 15 percent of the U.S. pork market,” the association said. “The state has nearly 40 million residents, with a large Asian, Black, and Latino populations, all of which have long-standing cultural preferences for pork. Proposition 12 will dramatically reduce the pork supply for Californians and raise prices that will disproportionately affect low-income households.”

Some workers at the Smithfield pork plant in California will have the option of transferring to the company’s 45 facilities in other states.

“The Vernon plant slaughters pigs and packages products such as ham and bacon,” reports AP News. “Some operations will be moved to other facilities in the Midwest, but the overall reduction in processing capacity is prompting Smithfield to reduce its sow herd in Utah. The company also said it is exploring ways to exit its farms in California and Arizona.”

Smithfield, which is headquartered in Virginia and owned by Hong Kong-based WH Group, was accused of lying about the meat shortages by a congressional subcommittee.

A recently released report says that during the pandemic, executives from Smithfield, Tyson, and other leaders in the meat processing industry claimed shutting down their plants because of safety concerns would severely damage the national meat supply.

“While meatpacking companies—Smithfield and Tyson in particular—asserted that reduced plant operations and worker absenteeism were making the food supply chain ‘vulnerable,’ documents obtained by the Select Subcommittee suggest that this narrative lacked any basis in fact and show that others in the industry believed it was false,” states the report, which was published on May 12 and written by the U.S. House Select Subcommittee on the Cornoavisus Crisis. The 12-member subcommittee is controlled by Democrats.

Smithfield has an estimated 400,000 employees and operates roughly 500 farms across America. 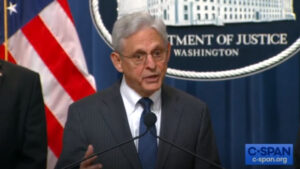