The DOJ is setting up strike forces to disrupt gun trafficking

United States Attorney General Merrick Garland held a press conference to address firearms trafficking enforcement, as well as the indictment of a trafficker who allegedly acted as a straw purchaser and moved weapons across state lines.

Gun trafficking is the movement of guns from legal to illegal streams of commerce and may occur within or across state lines, according to the Center for American Progress, a nonpartisan think-tank.

“The justice department is leaving no stone unturned in our efforts to protect communities from violent crime and the gun violence that often drives it,” Garland told reporters. “As part of the department-wide anti violent crime strategy that we had launched last year, we are marshaling the resources of every one of our US attorney’s offices, law enforcement agencies, grant making entities and other components to work in partnership with state and local law enforcement to disrupt violent crime.”

He also stated that federal prosecutors and law enforcement agents will prioritize repeat offenders, individuals who traffic in illegal firearms, and people who act as straw buyers by purchasing arms on someone else’s behalf to skirt legal restrictions

The DOJ head, formerly nominated by President Barack Obama to serve on the U.S. Supreme Court, announced the indictment of a person for allegedly purchasing at least 92 firearms for others. Law enforcement officers recovered those guns in Texas, Baltimore, Maryland and Canada. The defendant was also charged with one count of dealing in firearms without a license and three counts of making false statements during the purchase of a firearm.

Garland said the indictment also states that officers recovered 16 of the firearms in criminal incidents, including homicide, aggravated assault, and drug trafficking.

Additionally, the DOJ has charged multiple others, including an individual who allegedly sold 89 illegal firearms, along with nearly 16 pounds of methamphetamine.

He said, “this case is just one example of the efforts the Justice Department is taking to protect our communities from violent crime and from the illegal gun trafficking that often drives it.”

During the press conference, Garland also praised Congress in its effort to create bipartisan legislation to address gun violence. 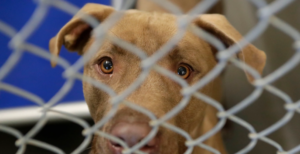