‘If your beliefs are not in line with ours, we will not adopt a pet to you,’ said the shelter's owner

The owner of an animal shelter in California announced anyone who supports the Second Amendment will not be allowed to adopt a dog.

Kim Sill said the decision stemmed from a mass shooting at The Borderline Bar, a local college bar in 2018 that left 12 people dead.

“We do not support those who believe that the 2nd amendment gives them the right to buy assault weapons,” she wrote in a statement on the Shelter Hope Pet Shop’s website. “If your beliefs are not in line with ours, we will not adopt a pet to you.”

“If you lie about being a NRA supporter, make no mistake, we will sue you for fraud,” the statement from the shelter read. “If you believe that it is our responsibility to protect ourselves in public places and arm ourselves with a gun—do not come to us to adopt a dog.”

“We have a choice of who we work with,”  the May 31 message notes. “Shelter Hope chooses to work with only like-minded humans.”

The message warns any potential pet owner who is “pro guns and [believes] that no background check is necessary” not to approach the organization.

According to Shelter Hope Pet Shop:

“We will grill you before you even get an appointment and visit our rescue. If we ask you ‘do you care about children being gunned down in our schools?’ If you hesitate, because your core belief is that you believe teachers need to carry firearms, then you will not get approved to adopt from us. If you foster for us and believe in guns, please bring our dogs and/or cats back, or we will arrange to have them picked up.”

Sill said the Borderline Bar shooter, Marine Corps veteran Ian David Long, had volunteered at the shelter and she believes he had considered carrying out his attack there.

In addition to supporting gun control legislation, Shelter Hope Pet Shop also requires any potential pet owners to be at least 25-years-old and either own a home or submit to an inspection of their rental residence.

Sill told NBC News that some donors have said they will no longer support her because she is including an individual’s stance on gun control among the qualifications for pet adoption.

The NRA said Sill was putting her politics above the welfare of the animals in her care.

“Having this asinine political litmus test comes at the expense of needy and homeless dogs and cats,” Amy Hunter, a spokeswoman for the NRA, told the outlet last week. 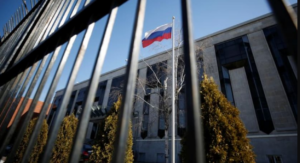